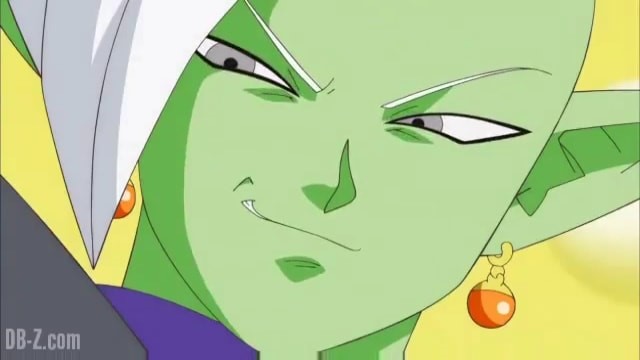 Zamasu might be ready to set his plans in motion now that he knows more about the Super Dragon Balls. Titled “Protect the Kaioshin Gowasu/Destroy Zamasu!” episode 59 of “Dragon Ball Super” will pick up where the last episode left off.

Zamasu enters with a trolley and offers tea to his master, Gowasu. However, not everything is as it appears to be. Sources say that Zamasu may try to poison the Supreme Kai of Universe 10 so that he can get him out of the way. Gowasu is seen looking curiously at something in the trailer for the upcoming episode. Is he looking at the white bun-like food Zamasu brought with him or the tea? Either one of those may be laced with deadly poison.

Now, here is the reason why Zamasu is going to turn on his master. After using the Super Dragon Balls, he has to wait one whole year before he can summon the dragon again and ask for his other wish to be immortal. With Gowasu’s time ring, Zamasu can simply travel a year into the future and get his wish right there and then.

As seen in the trailer, Gowasu spills the tea all over the table after drinking it. Son Goku already suspects that Zamasu may make a move against Gowasu since the Zamasu in Future Trunks’ timeline has the Supreme Kai’s Potara earrings, implying that he became a Kaoishin after his master’s death. Will they get there in time to stop this timeline’s Zamasu from killing the Supreme Kai of Universe 10?

In the previous episode, Whis explained that Zamasu may have created Black Goku after obtaining the Super Dragon Balls. Reports say the reason Zamasu decided to make Black may have something to do with his need to have someone as powerful as Goku on his side.

'Dancing with the Stars' news: Tamar Braxton out of hospital after...