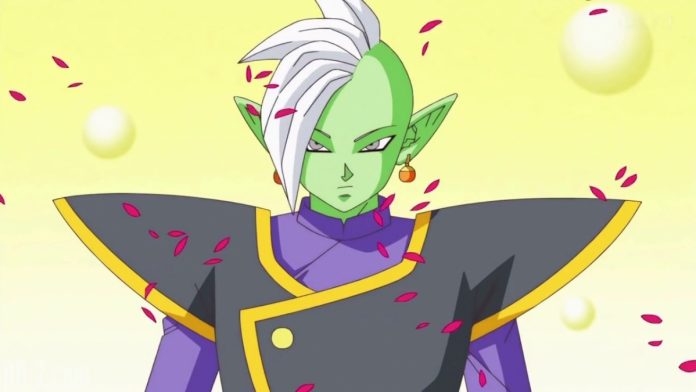 At the end of the previous episode of “‘Dragon Ball Super,” Son Goku, Vegeta, and Future Trunks managed to go back to the present thanks to Future Mai, however, Zamasu was not concerned a bit because he knew they would come back and settle the score.

Titled “Zamasu and Black: The Deep Mystery of the Two,” episode 58 will reportedly reveal the true identity of Goku Black and the possibility that he may have been created by Zamasu to aid in fulfilling his plans. While the previous episodes have shown that Zamasu and Black are not the same person, rumors still persist that they may use fusion to gain more power.

As seen in the trailer, Beerus, Whis, and the Supreme Kai of Universe 7, Shin, appear when Goku and the rest return to the present. Sources say that they will take some Senzu beans to heal their injuries before going back to the future to face Zamasu and Black once again. However, there seems to be a wide gap in power between the two opposing forces. Is it a good idea to have a rematch right away?

It is also speculated that Goku may get a new transformation so he can fight on even terms with Zamasu and Black since his Super Saiyan God form is currently no match against the two. It is even suggested that Beerus and Shin may take on Zamasu and Black themselves.

The trailer for the upcoming episode shows the present day Zamasu asking Zuno for information regarding the seven Super Dragon Balls. It also teases the possibility that Beerus and Whis may have learned something new about Zamasu and Black.

Here’s a look at the trailer for the upcoming episode:

Batman vs Superman news: Bruce Wayne may cheat in battle with...