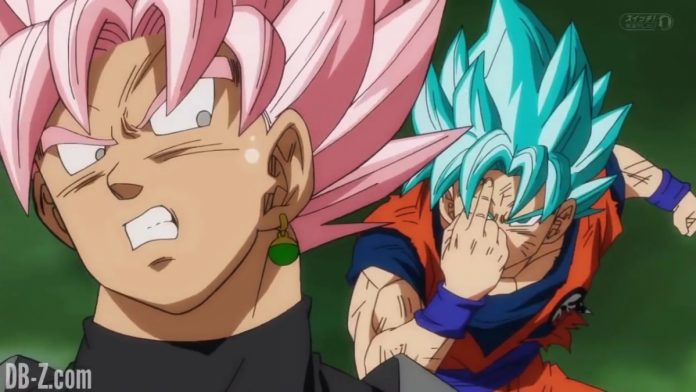 Speculations suggest that future episodes of “Dragon Ball Super” may see a possible fusion between the two villainous characters Black Goku and Zamasu.

As the latest episode 56 revealed that Black Goku had transformed into Super Saiyan Rose while Zamasu appeared beside him, it has been straightened out that the two are separate beings. This seemingly led to assumptions that the antagonists will eventually combine their forms in order to become a formidable opponent since Super Saiyan Rose was able to defeat Vegeta’s Super Saiyan Blue form easily. If this comes to fruition, their super powerful abilities may be able to defeat the likes of Beerus, the God of Destruction.

It has been noted that their fusion seems to be possible as viewers have seen Black Goku and Zamasu wearing similar Potara earrings. The latter apparently got his from his master Gowasu.

Presumably to counterattack the big bad, there is hearsay that Son Goku and Future Trunks will also fuse. However, it remains to be seen if they will match up against the villains as Future Trunks is not deemed to be as strong as his father Vegeta yet. However, since there has been no official confirmation, available information should be taken with a grain of salt.

On a related note, the synopsis for the upcoming episode 57 has been released. The description reads, “He wasn’t Goku Black after all?! Zamasu joins the fight! Goku and the gang had assumed Zamasu was Goku Black’s true identity. But now, Zamasu himself has come to Goku Black’s aid! This unexpected reinforcement puts Goku in a tight spot.”

“Trunks this week: Helping out Goku in place of his father! As his father Vegeta withdraws from the battlefield after sustaining heavy damage, Trunks takes his place to fight alongside Goku! He shows off his power, which has greatly increased through training!” the preview continued.