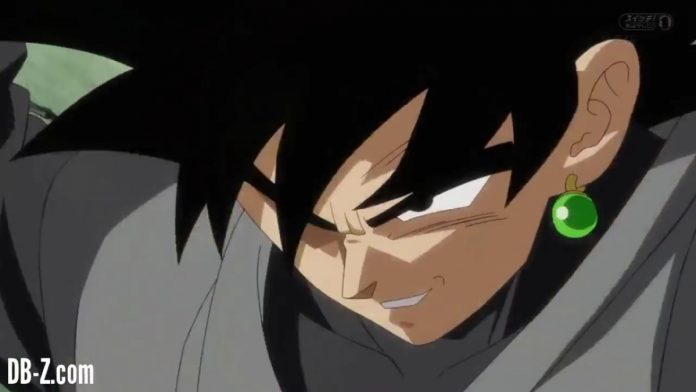 Sources say that the both of them will have a short fight first to test each other’s strength before Black Goku transforms into his Super Saiyan Rose form. This power-up will force Goku to transform himself so he can match the power exuded by his black counterpart.

There are also rumors saying that Black Goku will prove too much for Goku to handle, so Vegeta will join the fray. This speculation has some weight to it because Vegeta is seen punching Black Goku in his Super Saiyan God form in the trailer for the upcoming episode, although it looks like this happens even before Black Goku transforms.

Just how strong is Black Goku?

After he transforms, he is reportedly so strong that his strength shocks Goku, Vegeta, and Future Trunks. Vegeta will take up the challenge and fight Black Goku in his Super Saiyan God form. The outcome of that battle is not known, but it will surely be a battle to look forward to for fans of the series.

After convincing the resistance that Goku is not the same person as Black Goku, Vegeta looks on and notices that the people there admire his son.

Will the viewers see Future Trunks reunited with the Mai of his timeline in the episode? Did the Resistance rescue her? The summary of the episode did mention that they will “run into somebody unexpected.” Is that person Mai?