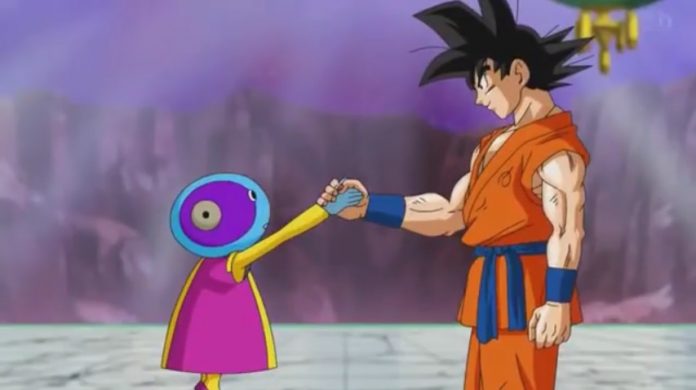 The action is getting intense episode after episode in Akira Toriyama’s revived anime series “Dragon Ball Super.” The succeeding episodes are said to feature more out of this world fights as well as the epic second meeting between Son Goku and Zeno, who’s also known as the Omni King.

Episode 55 dubbed “Hey, I Wanna Meet Son Goku. A Summon from the Omni-King!” had a supposed airdate last Aug. 14. However, due to the ongoing 2016 Olympics, which is currently on a roll in Rio de Janeiro, Brazil, it was bumped for an Aug. 21 broadcast.

According to reports, the God of Destruction Beerus will receive an invitation from Zeno saying that the latter has strong intentions of meeting Goku once again. Fearing that the universe might get obliterated if Zeno gets disappointed, Lord Beerus accompanies Goku to see Zeno. Fans are now wondering what Zeno would possibly want to talk about with the legendary Saiyan.

Meanwhile, episode 56 of the anime series entitled “Rematch with Goku Black! Introducing Super Saiyan Rose!!” will have an initial playdate of Aug. 28. The episode will feature Future Trunks, Vegeta and Goku, who are now headed towards the future to meet with the other fighters on that timeline. It may also feature the rematch between Goku and Goku Black. In this episode, it is said that the latter will transform himself into the so-called Super Saiyan Rose, which is another form of a pink-haired Super Saiyan.

Episode 57’s title has yet to be announced. Nonetheless, it is reported to have a Sept. 4 release and it is expected that the epic second round mash-up between Goku and the now transformed Super Saiyan Rose Goku Black will finally commence. Also, fans will be seeing Goku turning himself yet again into his blue-haired Super Saiyan God form.

“Dragon Ball” fanatics will have to wait just a few more days to finally see what will transpire in the upcoming episode of the much-hyped anime.

'The Originals' season 4 updates, spoilers: Klaus wakes up to bigger...