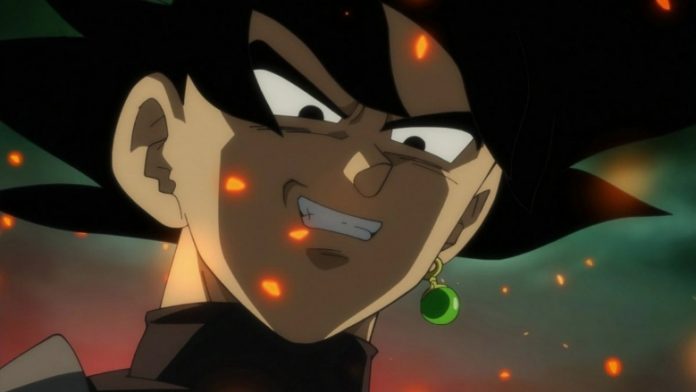 In the current arc of “Dragon Ball Super,” which featured Future Trunks travelling through time due to an undefeated enemy in the future, it has been revealed that someone who looks like Goku is the big villain of the arc, and he is called as Black or Goku Black.

However, as powerful as Goku Black is, he is not a Saiyan like Goku, Vegeta and Trunks. But even though that may be a fact, it seems that the character would be adapting some kind of power-up similar to the ones that Super Saiyans have.

In a promotional image leaked by Saiyan Island, the character of Goku Black was shown in on official art from Bandai sporting pink hair with a look similar to when Goku is transformed into a Super Saiyan. In addition to that, Goku Black also has a wave of pink aura around him, much like how Super Saiyan transformations cause the fighters to be surrounded by a yellow aura, the same color that their hair turns in to when they undergo the process of transformation.

The image was said to be part of an upcoming promotional partnership of the anime with a Japanese candy brand, and the image would be used to promote one of the candy products that would be released. The candy, along with the promotional image, was said to be coming to the Japanese market this Aug. 30.

Whether or not this look will translate into the anime or not remains to be unknown. While it may be an interesting twist to have a non-Saiyan achieve a transformation and with a new color at that, the said leaked image could also only be a part of the partnership with the candy brand and was not meant to appear in any other form of media after all.