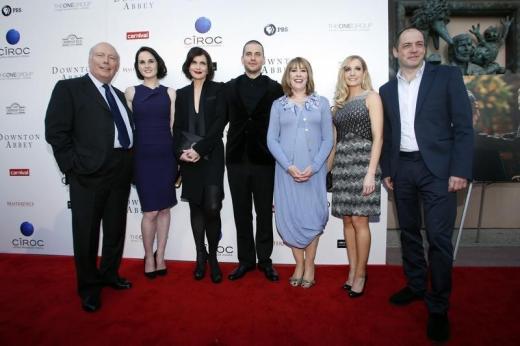 Although the series has aired its final installment back in March after six remarkable seasons, fans are said to be still hoping that the franchise will continue on to the silver screen. CNBC recently spoke with Fellowes who neither confirmed nor denied the assumptions, but stated that he is in the same boat as the viewers.

“I hope there’ll be a film, I don’t want to be mysterious. I mean, I completely support the idea of a film. But, of course, logistically, it’s quite complicated,” he said.

According to Enstarz, one of the possible reasons why a film adaptation would be difficult is because it will take some time to get all of the stars to return and reprise their iconic characters. Some of them have moved on to other projects in television, in theatre and in movies.

“The thing about ‘Downton’ is we have a lot of running characters and we really do need them for the movie so you can imagine at the end of the show they all shot off into shows on Broadway, series’ in LA, things on television and they somehow have to gradually be coaxed back into the fold,” Fellowes explained.

However, if it becomes possible to gather them, the creator will be definitely be on board to work on the production, “I think [bringing everyone together again] would be quite a big issue. But if they can do it, I’d love it,” he concluded.

On a related note, Gold Derby notes that though “Downton Abbey” only had one submission for the Emmy Awards’ Best Drama Directing category in previous years, the show has three entries for the said category this year.

These include Minkie Spiro for the episode titled “April 1925,” David Evans for “August 1925,” and Michael Engler for the two-hour special installment “The Finale.” The winner will be announced on Sept. 18.

'The Big Bang Theory' news: Sitcom faces lawsuit over the use...