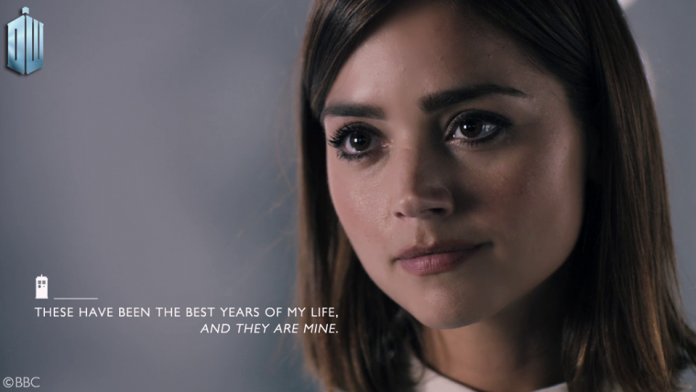 As “Doctor Who” enters a new season, introducing a brand-new companion in Pearl Mackie’s Bill, fans of the show are very much excited with what the new relationship will bring to the show. However, just because a new companion for the Doctor (Peter Capaldi) is already in place, that does not mean that old ones can’t pop up once in a while. The latest rumors suggest that Jenna Coleman’s Clara may somehow make an appearance in the upcoming installment of the iconic series.

If Coleman is to be asked about the possibility of her character returning to make a cameo, she says that she would still be eager to do so. However, she does not want to do it anytime soon as it may disrupt the overall flow of the narrative for “Doctor Who” season 10. Speaking to Collider, the former companion explained her thoughts about reprising the role and where she thinks Clara is right now.

“We had the exit in the works for so long. Who knows, in the future. But I think, at least for a good while, Clara is probably broken down somewhere in time and space, trying to understand how to work a TARDIS with Ashildr/Maisie [Williams],” the English actress said candidly. “You don’t want to unpick it, in any way. [Creator] Steven [Moffat] spoke about the exit for so long, and I think he did such a great job. From “Face the Raven” to the finale of twists and turns, I couldn’t really ask for anything more. It’s been an incredible three series. That was that unique time in my life, and that was amazing.”

Being one of the longest aides for the Doctor, being affiliated with Math Smith’s Eleventh Doctor and Capaldi’s Twelfth Doctor, it is understandable that every contemporary “Doctor Who” fan misses the character. But loyalists have also been exceptionally welcoming to Mackie’s upcoming take on the role.

“Doctor Who” season 10 has been quietly running production since last month. The cast and crew were last spotted in Valencia, Spain filming for episode 2 and it appears that they have also wrapped that up, according to the show’s official Twitter account update.

The upcoming season of “Doctor Who” has yet to have a specific air date but will likely return in 2017. Before that, fans can expect the Doctor in his annual Christmas special airing on Dec. 25.