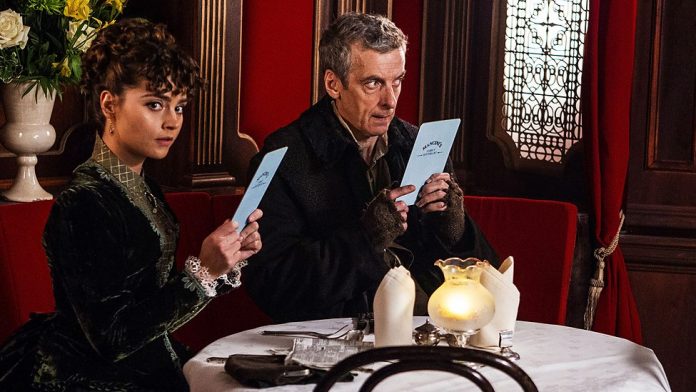 It may be the first time that the 12th Doctor in BBC’s hit science-fiction series, “Doctor Who,” attended San Diego Comic Con but Peter Capaldi seems like a pro as he commands the panel and charmed almost 7,000 attendees at Hall H.

“It’s cosmic… I’ve never been in front of 7,000 people in my life,” he said as he faced the audience together with executive producer and writer Steven Moffat, Michell Gomez as Missy, and Jenna Coleman as Clara Oswald.

During the panel, Capaldi showed his respect to Whovian history, saying, “The most amazing thing that happens, is that I get the affection of the whole 50 years pointed in my direction.”

Coleman on the other hand hinted at what is in store for Clara for season nine, “Clara helps him with his social skills, tries to make him more of a welcome party guest.”

She added that as Clara grieved for the loss of Danny Pink, she will have a bit of a change in perspective, “The idea that life is short and I want to live it and feel it and feel alive, and eat up time and space with my best friend in the TARDIS. That’s what she wants.” However, the actress also mentioned that it may not come as easy as Clara thinks as the story continue to progress.

The cast is tightlipped on what happens between Missy and Doctor Who but they teased that supporters may expect their relationship to evolve, “If you really break it down, it’s a great friendship that just went wrong. We’ve all had them. She has to come at it from a different angle, which is surprising and exciting to play,” Gomez said.

Moffat also mentioned that Missy will come back to Doctor Who’s life but in a matter that viewers may not expect.

When a fan asked Moffat if he thinks a crossover between the show and “Sherlock” is possible, the producer said that he has no problems with the two iconic character meeting but he thinks that the two are very different, “Just for the record, I have no problem with them meeting. It’s all the rest of them that have a problem with it. I’d do anything for a laugh. I’m a tart… They’re very different. I’m not sure how they’d get on.”

Season nine airs on September 19, while BBC has recently confirmed during its Worlwide Annual Review that the show is renewed for season 10 on 2016.