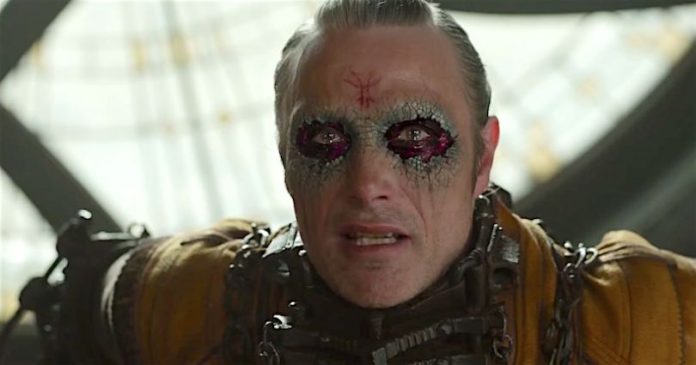 It is no secret that the Marvel Cinematic Universe (MCU) has been suffering from a dearth of formidable villains. The franchise, as great as it is, has one glaring weakness movie after movie, and that is the lack of depth of its antagonists. Folks behind the MCU argue that they would rather put all the focus on their heroes, but admittedly, things have gotten a bit repetitive throughout the years to the point that the disorder actually takes so much away from the narrative. With Marvel’s latest offering in “Doctor Strange” blasting through cinemas in less than three weeks, film director Scott Derrickson was asked about what fans can expect from the movie’s main villain, Kaecilius.

Things seem to be looking up for “Doctor Strange” in terms of the potential of its big bad, portrayed by veteran actor Mads Mikkelsen. With a couple of exceptions like “Iron Man’s” Obadiah Stane played by Jeff Bridges, there is not really an actor of Mikkelsen’s caliber battling MCU heroes. And the fact that Marvel is seemingly veering away from having a massive army of villains and focusing on just one evil entity may seem to be a good way to improve their narrative and Kaecilius one perfect example.

“What we do have is a villain who has a very cogent point of view,” Derrickson told IGN in an exclusive interview. “He’s a man of ideas, and the way he thinks and what he is motivated by has some merit, and it pushes the movie into some moral ambiguities, into some moral questions, that I think is really interesting.”

Furthermore, the 39-year-old filmmaker also talked about other Marvel villains who are more iconic than the rest like Tom Hiddleston’s Loki, step-brother to Chris Hemsworth’s Thor.

“Loki becomes iconic through Thor 2 and through The Avengers. He’s very good in the first Thor movie, but I don’t think that in movie as itself he would have been remembered as an iconic villain,” Derrickson explained.

Given this, is it possible that Kaecilius will also be more of a recurring threat than a one-time, big-time player only? Derrickson, unfortunately, did not say. But it is safe to assume that whatever the story requires of his character, he will be a worthy opponent to Benedict Cumberbatch’s Stephen Strange.

As of now, Marvel as started to ease out with the information embargo regarding the film. Last week, a 15-minute IMAX preview event was held in theaters across the globe and it was met with boisterous applause from those who were lucky enough to see it. With this, coupled with a fresh take on the superhero lore, the film is being projected to have an impressive $75 million opening weekend sales at the box office.

Denver Broncos trade rumors 2016: Quarterback Brock Osweiler to be a...