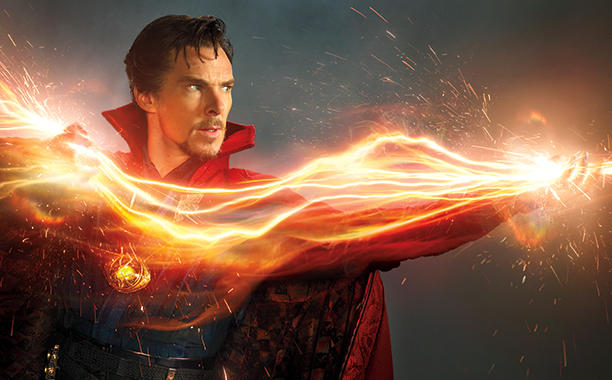 The upcoming Marvel Cinematic Universe film “Doctor Strange” is set to bring about something mystical to the big screen world of Marvel superheroes. Starring Benedict Cumberbatch in the titular role of the Sorcerer Supreme, Marvel Studios recently gave fans a first look on the actor sporting the look of the charactercomplete with all the personal effects that resembles his original comic book look.

As part of an extensive interview with Entertainment Weekly, Marvel Studios president Kevin Feige told fans that Cumberbatch’s version of Stephen Strange do not sway too much away from the comics, as he still has that wide range of spells and mystics to pull off from his sleeves.

“He can do a whole host of things, eventually,” said Feige. “He does cast spells, which in the comics have very sort of tongue-twisty fun names. We don’t want to shy away from that, because that’s what makes Doctor Strange Doctor Strange. He has a Cloak of Levitation that allows him to fly, but he doesn’t fly like Superman or like Thor. It’s almost got a consciousness of its own, this cloak, which, again, gives us a superhero with a red cape which we’ve seen a few times but allows us to do it in a wholly unique and wholly original way.”

Aside from that, Doctor Strange can also use his power to project any weapon he might wish to wield, or even travel through places through portals he can conjure anywhere. But still, his full ability won’t be tackled on in the film just yet.

Doctor Strange also has with him two of his most iconic pieces– The Cloak of Levitation and the Eye of Agamotto. While both hold mystical powers, Feige said that the Eye is the most dangerous of all, since it has the ability to manipulate time and probabilities. Messing around with time is one of the parts of the film’s story. Could the Eye be the bearer of the Time Stone?