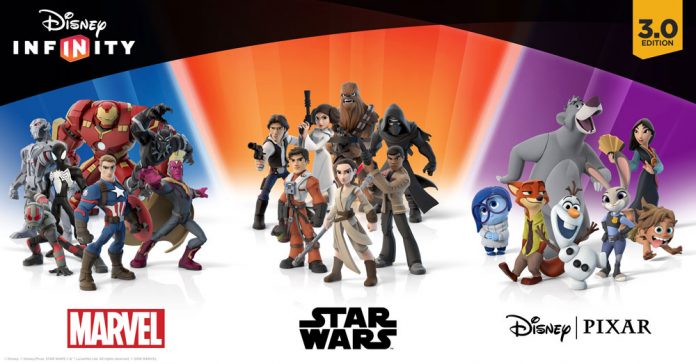 “Disney Infinity” focuses on working hand-in-hand with the Disney movie magic that has taken the cinemas by storm. The plans of “Disney Infinity” is to maximize the partnerships with Marvel, Disney, Pixar and Star Wars.

New figures will be released centering around the big names of the industry such as Marvel, Disney, Pixar and Star Wars, which will be compatible with last year’s “Disney Infinity” 3.0 version.

On the Disney Interactive website, they further discuss new figures and products coming out for “Disney Infinity” such as the “Marvel Battlegrounds” play set, scheduled to be released on March 15.

Within the blog, Blackburn says, “For this Play Set [“Marvel Battlegrounds”], we worked closely with the amazing team at Marvel to develop an original story, while partnering with our friends at United Front Games on development.”

Along with that, they announced the release of three new characters to the many already existing in the game, namely: Captain America, The Hulkbuster and Ultron. Black Panther, Ant-Man and Vision are also reported to be in development and will be released with other figures as well.

Soon after that, to mark the remake of the popular “Jungle Book,” a Baloo character will also be made available to the market.

With many fans of Disney, the many add-ons to the game are something the enthusiasts of “Disney Infinity” are definitely looking forward to and are hopeful for immediate release.