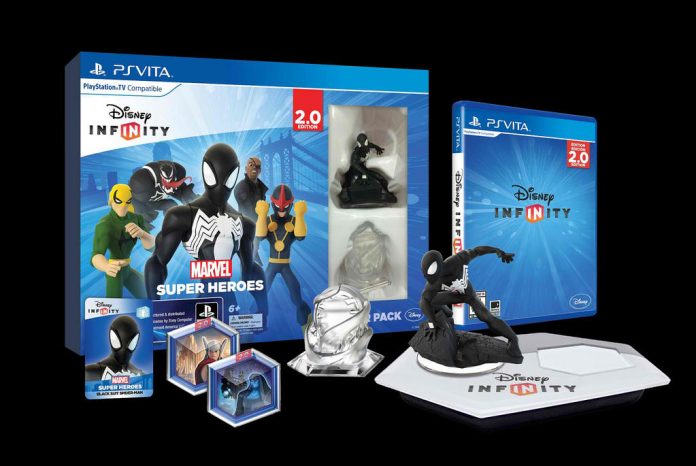 The final word is in: “Disney Infinity 3.0” will feature a Black Suit Spider-Man for play. This was announced during a live broadcast Nov. 2 on “Toy Box TV,” which was taking up the roster of figures for release, including Spot, Darth Maul, Ultron, and Hulkbuster.

John Vignocchi, the executive producer for Disney Interactive Studios and host for “Toy Box TV,” also posted on Twitter, “Well enough of you are talking about it, I guess we should make him a single fig!”

Vignocchi’s initial denial of any plans to release Black Suit Spider-Man as an individual character was directed toward questions posed by the “Disney Infinity” community as to why Black Suit Spider-Man appeared in the menu for “3.0.” Fans, according to Gamezone, petitioned for the character’s release, prompting Disney to consider adding the figure to “3.0’s” array of characters.

Black Suit Spider-Man is a re-skin of the existing Spider-Man figure and, as such, can be applied to the figure currently available by utilizing the Alien Symbiote Power Disc that was a part of the “Disney Infinity 2.0’s” cycle.

For now, there is no definite date as to when the individual figure will be released, but it is seen to be some time in 2016. It also goes to show how far requests can go.

In the meantime, figures from the “Star Wars” saga are now also available in the “Disney Infinity 3.0’s” collection of ever-expanding Disney, Disney-Pixar, and Marvel characters and worlds. Figures such as Anakin Skywalker, Ahsoka Tano, Princess Leia, Boba Fett, and Luke Skywalker can now be played along with characters from previous editions.

“Disney Infinity 3.0 Edition” is within the genre of action/adventure gaming developed by Avalanche Software.