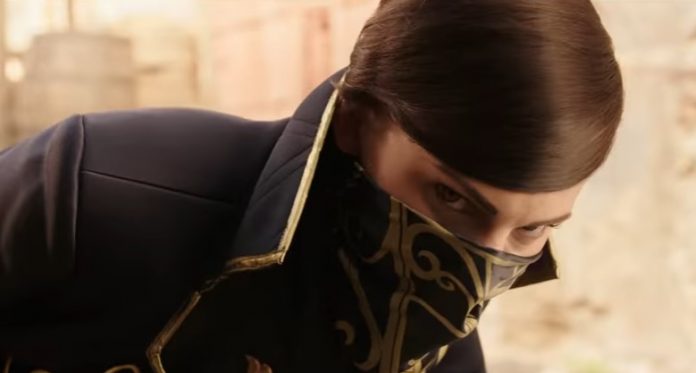 A lot of excitement has been brewing over the release of the newest first-person role-playing game, “Dishonored 2,” and perhaps Erica Luttrell, voice actress for the game’s protagonist Emily Kaldwin, is the most psyched of all.

In an interview with Bethesda, Luttrell described Emily as “a remarkable young woman who has been through an awful lot. As a result of her past, she has trained herself mind and body in order to achieve her ends.”

Luttrell also explained how enlivening it was to play the role of the protagonist who had characteristics of an assassin, a dunwall and an empress.

She mentioned the empress brought out a regal aura to the character which players will hopefully love. The dunwall, on the other hand, brings about the dark side of the character, making her an even more complex individual than just another pretty face. The assassin role would reflect how much of a fighter Emily is, burning from her anger without letting the emotion control her.

“Her anger is more of a quiet, simmering, poised rage,” Luttrell adds.

When asked how it was working with the team behind “Dishonored 2,” she mentioned that it was simply fantastic. Seeing the trailer made her see what sort of a badass Emily was, and reading lines for the character while the team explains to her why she was saying that on a certain time made her appreciate her depth.

Emily Kaldwin has been superfused with unique powers that make her a versatile character to use. She uses far reach for quick assassinations and better mobility, as well as domino to make a frightening effect of having everyone else experience what she does to a single enemy, as reported by GameSpot.

The video spotlight on her character also reveals her abilities such as shadow walk, making her a ferocious killer, mesmerize, where she summons a void spirit to enthrall humans and hounds alike, as well as doppelganger, confusing enemies even more.

“Dishonored 2” hits the stores on Nov. 11 and is playable on PC, PlayStation 4 and XBox One.