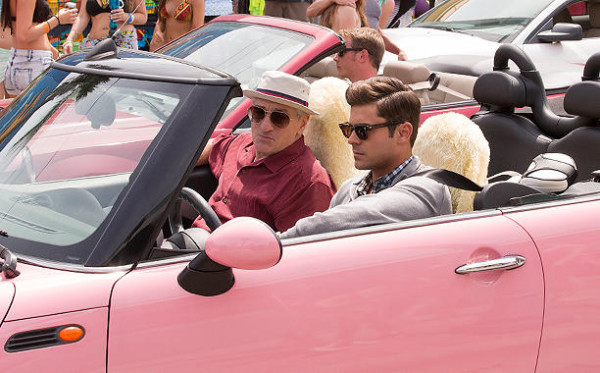 The new movie, “Dirty Grandpa,” tackles the story of Jason Kelly (Efron), an uptight guy who is tricked into driving his grandfather, Dick Kelly (De Niro), down to Florida during spring break season.

De Niro’s character has had a long history of behaving mischievously and so when they arrive in Daytona, he immediately sees an opportunity to waste away a few days with his grandson. Efron’s Jason, on the other hand, is not very open to the possibility of putting him and his grandfather in a position where temptation is lurking. The two venture into a whirlwind of partying and other vicarious activities during their trip.

Photos of the two actors were released by US magazine on Oct. 30 showing behind the scenes takes while filming the movie in Tybee Island, Georgia. The 71-year-old actor joined his 27-year-old co-star in a shirtless match and both looked good in doing so. The two even did some showing off as they flexed and did a number of push-ups giving the production crew a reason to burst into laughter.

The veteran actor is fresh from his stint as an intern in the movie “The Intern” alongside another Academy award winning actress, Anne Hathaway, in September. The “High School Musical” alum, on the other hand, was last seen in the movie “We Are Your Friends” where he plays young aspiring DJ Cole Carter who suddenly gets thrown into the big scene of electronic house music and is torn whether to go back to his small roots or to pursue the bigger league.