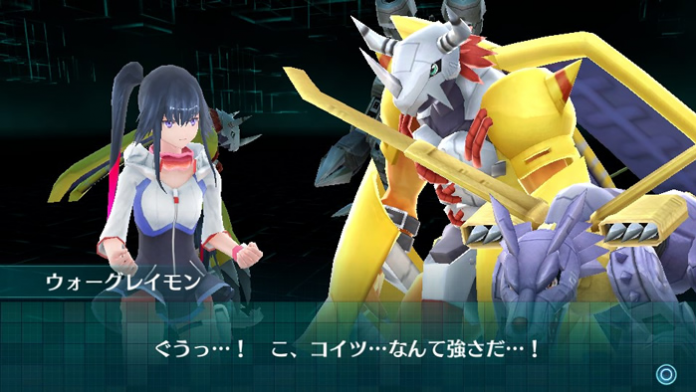 In the new gameplay demo, Gabumon and Agumon fight together alongside their Chosen Child partner. It can be noticed that the two Digimonswhich date back from the original “Digimon” animeare still voiced by the same voices. The two Digimons fought small enemy Digimons in their Child form, and they also battled more powerful Digimons in their evolved forms. The gameplay video also went through them in their WereGarurumon and MetalGreymon form, and their evolution through Warp Shinka that had them evolve to MetalGarurumon and WarGreymon, respectively.

Also, at the highest form of their evolution, the two join together and become the powerful Omegamon. Omegamon is the result of a Jogress Shinka between WarGreymon and Metalgarurumon.

In previous news, it was previously announced in a report that the first DLC to come to the game is the “Meicoomon’s Mystery” scenario, featuring the addition of the “Digimon Adventure tri.” Digimon Meicoomon, and the return of familiar character Rina Shinomiya from the game “Digimon World Re:Digitize Decode,” with her UlforceVeedramon partner named V.V. for the separate DLC scenario called “Super First Class Great Beautiful Girl Tamer Has Arrived!”

Players who will be buying the first print run of “Digimon World: Next Order” is set to receive a set of freebies including a digital reprint of the 1990 “Digimon World” original soundtrack, featuring 36 songs, and an exclusive DigiEgg of a talking Agumon and Gabumon.

“Digimon World: Next Order” will be released in Japan for the PS Vita on March 17. No news yet regarding if the game would find its way to an English releaselike the recently released “Digimon Story: Cyber Sleuth”or not.

Samsung makes breakthrough in production of longer-life batteries for smartphones; could...