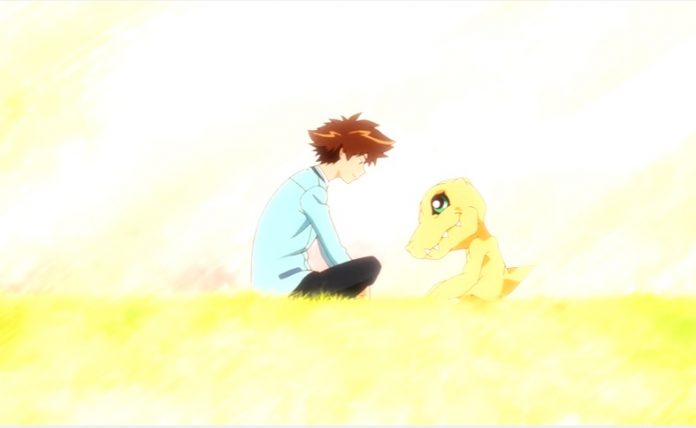 Akiyoshi Hongo’s “Digimon” feature will finally hit western shores this fall and longtime fans of the franchise are now anticipating its release date.

Dubbed “Digimon Adventure Tri,” the series will be spliced into three feature films with “Reunion” as its first episode. The first installment will be following the events of the first two anime series that came out 16 years ago and is now slated to be released next month in over 400 movie houses across the United States after organizers recently held a special viewing event.

Moreover, the series of films scheduled for the renowned pet monster-themed anime is in celebration of the franchise’s 15th anniversary which kicked off last year. For the uninitiated, the upcoming animated film was first shown in Japan almost a year ago and was followed by its sequel dubbed “Determination,” also known as “Ketsui,” over six months ago, and its third installment, “Confession” or “Kokuhaku” will be dished out come Sept. 24.

Meanwhile, the trailer for the “Reunion” episode suggests that the main protagonist, Taichi Yagami, together with his friends are now in their teenage years and their once ironclad bond has started to rust away. The clip also suggests that a new threat has emerged causing a great deal of damage in their area.

In addition, the behemoth that’s wreaking havoc in the city was then challenged by Taichi’s longtime companion Agumon that quickly evolved into the masked dino-looking Digimon known as Greymon. The video also featured that their new nemesis dubbed Kuwagamon may well seem to have teleporting abilities as the scuffle between the two Digimon were instantly transported to the runway of an airport. This occurrence made Taichi and the rest of the crew regroup and investigate the mystery behind the sudden appearance of evil digital monsters.

As aforementioned, “Digimon Adventure Tri: Reunion” is said to be released this October.

'Call of Duty' news: Franchise could have gone further back in...