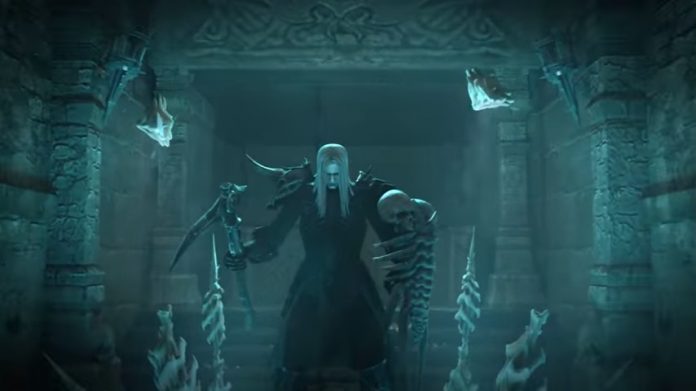 Game developer Blizzard Entertainment is said to bringing an old friend back for their demon-filled role-playing title, “Diablo 3.”

At this year’s BlizzCon held at the Anaheim Convention Center over the weekend, the game maker officially announced that they’ll be introducing an old yet equally formidable hero class in the third installment of the game franchise.

Known as the Necromancer, the character was first introduced to fans in “Diablo 2.” His ability is to bring back to life what remains of dead people and at the same time summon otherworldly beings. Such creatures would then help in his quest as he traverses the land filled with demonic hordes from hell.

During the said event, Blizzard co-founder Frank Pearce even described the upcoming character as a “badass battlefield general” that’s very much oriented with the black arts. Pearce further explained that the returning character will be capitalizing on what the game will be throwing at him as it is said that one of his popular attacks known as “Corpse Explosion” will also make a comeback.

Furthermore, the artistic render of the forthcoming character seems to hint that there might be a female version, though it has to be confirmed by the game developer.

Reports also say that the Necromancer update will be arriving in January next year, though the price for the said content has yet to be disclosed by Blizzard.

It was also mentioned that the first “Diablo” title will be deemed playable next year and it’s likely to be added alongside the aforementioned character expansion.

In the meantime, eager fans might want to check the official “Diablo 3” website for the latest news and updates on upcoming events especially with the confirmed arrival of additional content including the Necromancer hero pack.

Vikings Season 4 updates: Ragnar and Rollo's conflict to be explored;...