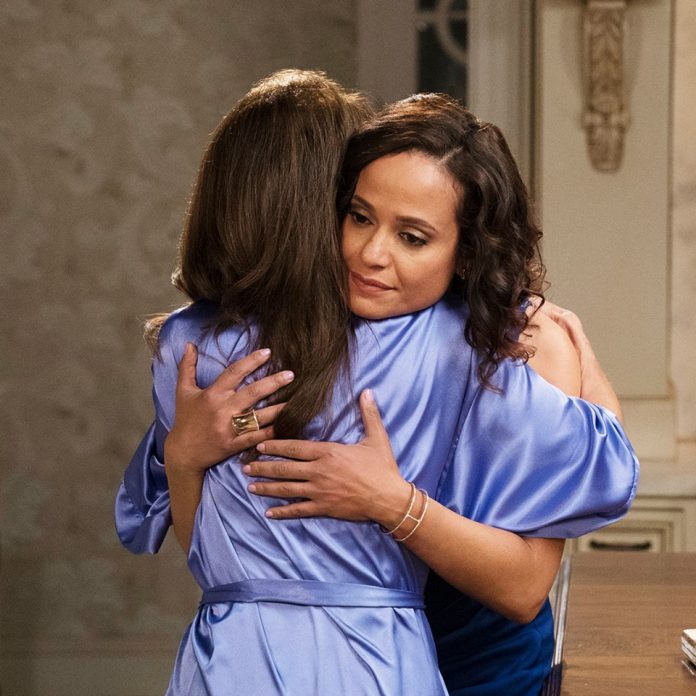 Star Rebecca Wisocky recently teased the upcoming finale of Lifetime’s soap drama “Devious Maids” season 4, stating that the conclusion is one to watch out for.

According to TV Line the ending will be a huge one. “The cliffhanger this year is… completely unexpected,” the actress who portrays the narcissist Evelyn Powell revealed to the media outlet.

As Rosie further investigated the night of the murder to prove the innocence of her husband Spence (Grant Show), she found out that a so-called cult “The Circle” may have had something to do with the crime. Genevieve (Susan Lucci) signed up to help her and posed as someone interested in joining the group.

During her initiation, the wealthy Beverly Hills resident was asked deep personal questions. When Genevieve shared her traumatic experience to Rosie, the latter begins suspecting that Peri may have disclosed something crucial. However, it remains to be seen what it is.

Meanwhile, Carmen (Roselyn Sanchez) will be involved in another relationship; Evelyn will be getting into intimate actions with James (Sean Blakemore) and trick Carmen to further her own interest.

Down the pipeline, episode 8 is apparently inspired by ’90 Swedish band Ace of Base, which is reportedly a favorite of writer David Grubstick. It is called “I Saw the Shine.”