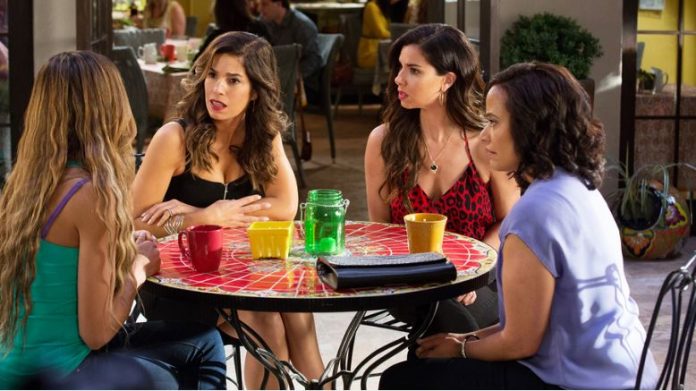 The fourth season of “Devious Maids” ended on a cliffhanger as Marisol (Ana Ortiz) was kidnapped on the day of her wedding to Peter (James Denton). It was also revealed that Gail Fleming (Julie Claire), the daughter of Hugh Metzger (Sam McMurray), was the one who killed Peri (Mariana Klaveno).

With the end of the mystery surrounding Peri’s death, the next mystery was in place as Marisol’s kidnapping was crafted to launch the Lifetime series into its fifth season. However, just weeks after the season ender aired, it was officially announced that the show has been cancelled after four seasons.

According to The Hollywood Reporter, it was confirmed that the show won’t be renewed for a fifth season. “Devious Maids” was one of Lifetime’s original shows, the other being “UnReal.” The latter earned a season 3 renewal days ahead of its season 2 premiere in June, and the series was a critical and ratings success as it earned Emmy nominations for writing and for actress Constance Zimmer.

Meanwhile, “Devious Maids” was reportedly never able to break in the ratings game. The show initially had a lot of promise as “Desperate Housewives” executive producer Marc Cherry served as the Lifetime series’ executive producer and writer. Eva Longoria was also connected to the show as its executive producer. However, it appears that the steady decline of the ratings in each consecutive season may have contributed to the show’s cancellation, with the finale only drawing a 0.3 rating in the adults 18-49 demographic and under 900,000 total viewers.

Longoria took to Twitter on Sept. 1 to thank fans for their support over the years, writing, “Devious fans, thank you for your support the past 4 seasons! I’m proud of this show and our amazing cast and crew #MondayNightsWontBeTheSame.”

After the finale aired on Aug. 8, executive producer Sabrina Wind talked about the plans for season 5 should Lifetime give them a renewal. At the time, the producer revealed that Marisol’s kidnapping will launch them into the new season.

“We have many thoughts of what it all means, but we have to wait to talk to Lifetime about them,” said Wind to TVLine. “It will be a completely different story.”

Apart from Ortiz, “Devious Maids” starred Dania Ramirez, Roselyn Sanchez, and Judy Reyes. It is unknown whether the producers will find a new network or platform for the show’s fifth season.