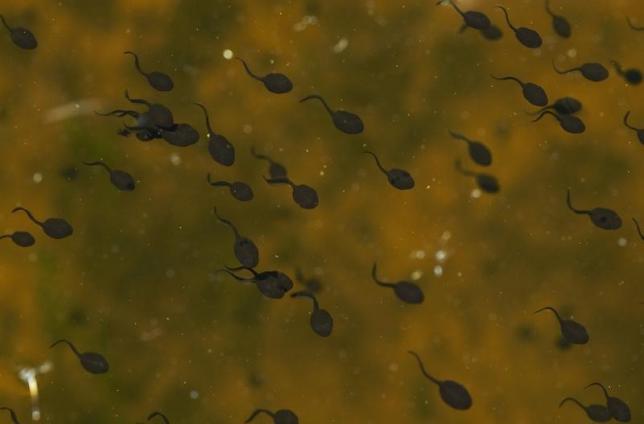 Although most members of the animal kingdom are symmetrical on the outside, the positioning of their internal organs are assymetric. A recent study discovered that the structural protein, Formin, is the one responsible for defining where is left and right during embryonic development in snails and frogs.

Organisms start life as a single fertilized cell that replicates and differentiates into trillions of cells to make up the whole organism. However, it is still unclear when in this process the differentiation between left or right actually begins. “How is symmetry broken during development if the ‘right’ and ‘left’ sides are essentially arbitrary?” this was the question written by the researchers in their report published in the journal Current Biology.

This is why Angus Davision of the University of Nottingham, UK, the lead researcher of the study, decided to investigate one of the most assymetric animals around, pond snails.

By comparing the DNA of these gastropods that had spirals either clockwise or counter-clockwise in their shells, Davison and his team found that formin, a cell-structure protein, was strongly associated to the direction of the spirals. In addition, it was even expressed early in the development of the snails, displaying assymmetry even during the two-cell embryo stage. They discovered that in this stage, one of the cells has more formin than the other. And as it divides more, the formin will then be confined to just one cell. It is hypothesized that the formin interacts with the cytoskeleton of the cell and influencing to form twists thus forming the spirals in the shells.

Interestingly, the team also did studies on frogs, to determine if formin is also important in vertebrates. Interestingly, when embryonic frogss were exposed to chemicals that block the action of formin, the frogs grew up to have mirror-imaged internal organs, displaying no assymetry at all.

Results from this study provide more insights towards abnormalities in the positioning of organs in humans, a condition called situs inversus. Newborn screening strategies that focus on Formin and its expression could be developed in the future to help prevent the development of situs inversus in individuals.

Vaping news: Vaping may be associated to a vast array of...