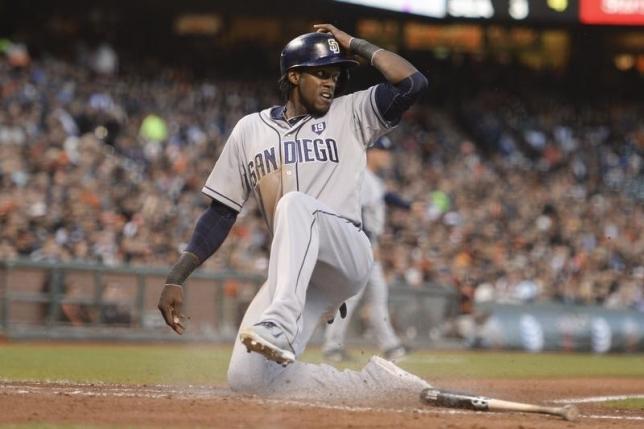 Cameron Maybin of the Detroit Tigers initially thought he would only be missing a couple of games after suffering a bruised left wrist in a split-squad game against the New York Yankees on Wednesday. But it turned out to be far worse than what was expected after the team announced that he actually has a nondisplaced fracture, which means he’ll be out at least four to six weeks.

MLB.com revealed that a CT scan was performed in Florida the day after Yankees starter Luis Severino hit Maybin with a fastball clocked at 95 miles per hour. The ball hit 28-year-old on the top of his wrist, causing the injury.

Maybin hasn’t had the best of luck as of late, with the same report saying that he actually suffered a sore shoulder several weeks back after falling off his own porch in his home in North Carolina. This time though, the wrist injury is a lot more serious, with the team hoping to get some X-rays along the way to figure out if it is healing fast.

The Detroit Free Press said that Maybin is expected to be in competition for a centerfield role with Anthony Gose, but is more likely to be fielded in when a left-handed pitcher is on the mound. He joined the Tigers just this summer after a trade with the Atlanta Braves. Last season, he produced 10 homers and 59 RBIs for Atlanta in 141 games. He also managed to make 23 successful stolen bases. With this injury, it only makes more sense to have Gose play in Opening Day.

Team manager Brad Ausmus broke the news of Maybin’s expected time on the injured list. “Generally, that means 4-6 weeks for it to heal before you really start taking part in baseball activities. But I can’t speak for the doctor,” he said.

The team will have to make do with Tyler Collins, who also happens to bat left-handed, and Gose while Maybin recovers.