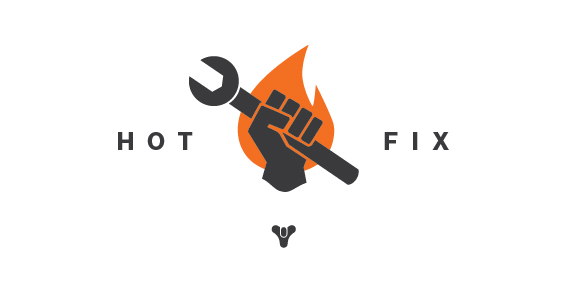 Developer Bungie has recently released the “2.0.0.5 – The one with fewer hammers and more Strike rewards” following another fix on the gameplay of their latest downloadable content expansion, “The Taken King.”

The hotfix includes solutions to Classes where an issue involving Titan Sunbreak could easily spam the Hammer of Sol attack has been resolved; World, in which players will now get loot every time they open a chest; and Strikes, where earning rightfully-owned equipment from Valus Ta’aurc is made certain.

First housekeeping has been made with the launch of “2.0.0.4. Destiny Hot Fix” described officially as “the one that released on the heels of Oryx” to address some other immediate issues.

It fixes the problems encountered with Year 1 Moment of Triumphs where some complaints said that Golden Chest node completions disappear when the DLC has been downloaded.

It also provides help with some of the activities including Quests, Strikes and World.

For Quests, gamers who have attained level 40 before they turn in they Reach level 30 objective will now receive the Level 40 quest. When it comes to Strikes, Uncommon and Rare gear can now be dropped properly as intended for the Year 1 Strikes.

For World, treasure chests that can be found in the Dreadnaught are relocated in places that allow players to loot them only once per spawn, preventing the tendency of continuously farming them.

Moreover, it gives attention to the Xur issue that many gamers have exploited the consumable Three of Coins.

Previously, players can consume the item and enter Scourge of Winter mission to kills as many Ultras as they can, as rapidly as they are able to. Successfully doing so would provide them numerous Exotic Engrams. Now the increase in the chances of receiving Exotic Engram after consuming Three of Coins has been lowered reportedly in significant amount.

Lastly, when it comes to the Inventory, players who dismantle Exotic to the hope of producing two Exotic shards have lower chances of accomplishing the feat.

Both hotfixes are made to supposedly give all game enthusiasts an equal playing field.