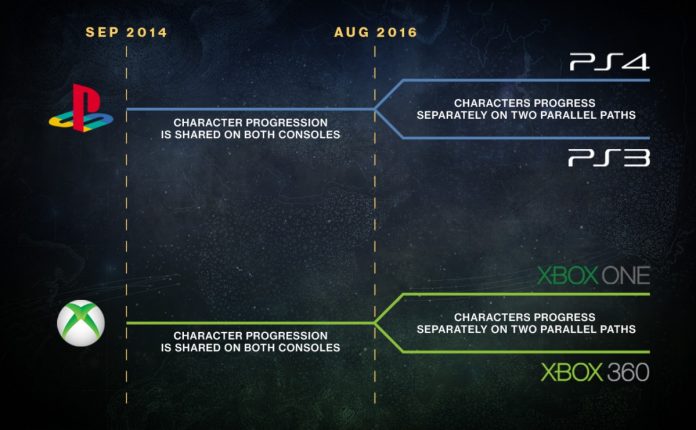 Early June marked the reveal and announcement of the third and final expansion for Bungie’s online multiplayer first-person shooter “Destiny,” with the news that “Destiny: Rise of Iron” would not be coming to the game’s version on the older console generation.

Now, the developers have announced that not only would “Destiny: Rise of Iron” not be coming to the consoles of the previous generation, but all of the future updates for the game will also stop releasing for the Xbox 360 and PlayStation 3 platforms come August.

According to a recent post about the game on Bungie’s official website, the older consoles, which are being called the “legacy consoles” by the studio, will feature a version of the game that is essentially different to the ones on the modern Xbox One and PlayStation 4 consoles.

According to the developer studio, the progression between characters on the current generation and the previous generation consoles will no longer be shared between each machine in the same family.

Essentially, with the new updates, Bungie will split a player’s character progression into two. Whether this means that a player who continues to play solely on an older console past August will be able to resume the progress when they then decide to upgrade somewhere down the line or not, is currently unknown.

Even more bad news for those who only play the game with an older console; updates for their version of the game will also stop coming in August. Aside from the upcoming “Destiny: Rise of Iron” expansion arriving in September, players on legacy consoles will no longer be able to play any major new content update for the game, as well as take part in Bungie’s weekly and live events.

The above means no more Trials of Osiris and Iron Banner events, among others, for those unwilling or unable to upgrade their console.

Sony Xperia X specs does not include support for Quick...