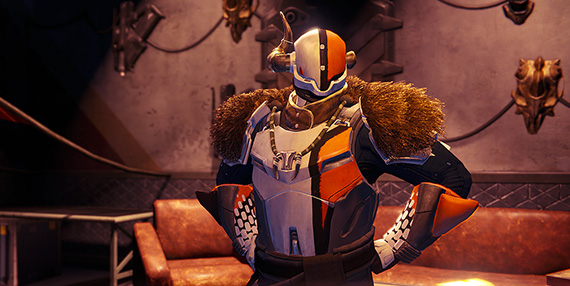 Game company Bungie is treating its supporters with a new patch for “Destiny” titled “2.0.2” that will have big updates focusing on fixing bugs, improving the reward system, and seeing that playing Bounties is more gratifying.

As previously reported, the developer has outlined what can be expected of the patch that will arrive in November before Thanksgiving. These include: adjusting the sudden drop in the Iron Banner reward system; elements in Bounties that do things they are not supposed to; making difficult Bounties more achievable; having Daily Crucible Bounties completed in a handful of missions; and the freedom to choose between finishing Crucible Forged Questline one-by-one or all-at-once.

The update follows the Hot Fix called “2.0.1.2 – The One about Shadowshot” released last week that deals with some of the smaller issues encountered in the gameplay.

For the Nightstalker Hunter, extra shorts have been temporarily removed to avoid unlimited Shadowshots. It is noted that a more permanent solution, wherein the node will be restored in a fix state, will be included in future updates.

Meanwhile, when it comes to activities, the Daily Heroic Story removes deprecated Quest requirements from both “Siege of Warmind” and “The Wakening.”

The Weekly Nightfall Strike, on the other hand, saw an increase in the base level of Nightfall Legendary rewards by 10 percent in Attack/Defense, from the previous 50 percent to the current 60 percent. It also has: additional Strange Coins of Three of Coins awards; Ghost is now included in the Legendary reward loot table; Legendary Engrams no longer drop from Nightfall Sky; and Antiquated Runes have been discarded from the loot table.

For the King’s Fall that was only made available with the patch, the recommended light is 310; while the hard mode has Oryx, guaranteeing a Raid item drop every week without Moldering Shards if the character has not cleared King’s Fall Normal for that week.

Lastly, the Crucible has an increased Strange Coins awarded, base level uprade by 10 attack, and Ghosts to Legendary reward loot table.

'Narcos' season 2 spoilers: Wagner Moura looks back on his role...