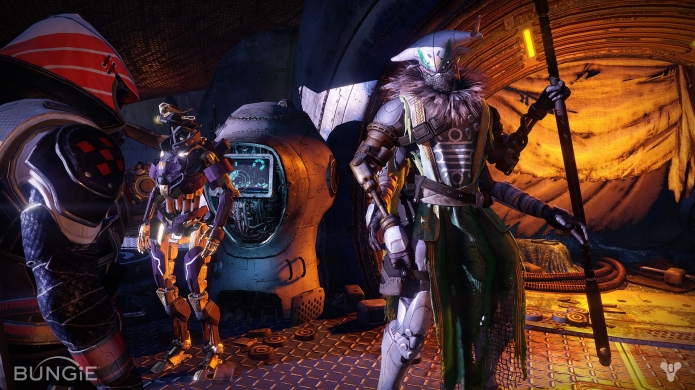 The Destiny downloadable content (DLC) pack “House of Wolves” is six days into the market, and reviewers take on the task of checking out what the pack offers.

According to Ryan Winslett of Cinema Blend, the new DLC proves that developer Bungie is moving forward from its shortcomings in the previous DLC, The Dark Below. While the DLC has not fully hit the mark, it at least shows an effort from the developers to address the “missing parts” of the main game and the earlier DLC.

Winslett also hailed the new team up in the main storyline in the “House of Wolves” DLC. The player is tasked with capturing or killing the alien Draksis and the members of the Fallen that followed him, under the orders of the Queen of the Awoken. They have slain several of the Awoken despite being offered safe haven by the Queen, and it is the player’s mission to “return the favor.”

The player is accompanied by a Queen’s emissary who is also a Fallen member, and who wants to see justice delivered to this former comrades.

“They work well as a sort of odd couple and make [the] missions feel more like a team effort,” the Cinema Blend reviewer described the team-up.

Winslett is also impressed by the new Sidearm weapon introduced in the DLC.

“Taking up your secondary weapon slot, this bad boy looks and feels like a 45mm pistol… On top of all of that, it does a fantastic job of removing enemy shields, and it kicks out a lot of damage,” he described the Sidearm.

Not everybody is impressed with House of Wolves, however.

Chris Carter of Destructoid finds that, while there have been improvements, most of the content in the DLC are re-hashes of existing material.

“The story might technically have a few more missions tacked onto it compared to the last add-on, but they’re just as short and painfully recreated from previous assets,” Carter said of the entire DLC.