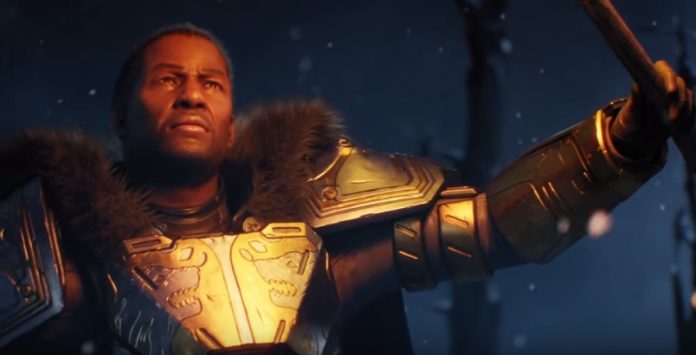 The possibility of “Destiny 2” arriving soon is of course pretty much a long shot since it’s a known fact that the first game is still pretty much active and that an upcoming downloadable content (DLC) is about to be released next month. However, rumor mills have been spinning as of late about “Destiny’s” sequel due to an alleged set of image renders posted by one of its artists.

Aziz Dosmetov, the person tapped by game developer Bungie to create artistic renders for “Destiny: The Taken King,” was also the one who allegedly posted the images on his online portfolio account. The images have already been deleted by Dosmetov but a Reddit user got interested in it and was able to salvage them right before the artist removed them from his online portfolio.

From the looks of the image renders, it’s not quite sure if these were really intended for the game’s sequel. Rather, the so-called assets seem to be from a yet to be released teaser trailer if they are indeed for “Destiny 2.”

Meanwhile, Bungie remained mum about the leaked artistic renders. Moreover, there were even reports suggesting that these leaked image pitches were just rejected drafts from the artist, but there were still some who were not buying that bid. Whether the images were rejected or not, it just proves to show that the game developer is already prepping up for the second installment of the game.

As earlier mentioned, “Destiny” will be dishing out its latest DLC, “Rise of Iron,” which is slated to be rolled out this Sept. 20. Furthermore, in an interview with game producer Scott Taylor, he said that the forthcoming game expansion will be introducing the latest weapons, armor sets and the comeback of the Iron Gjallarhorn, which is like a steampunk version of the weapon.

“Destiny 2,” on the other hand, is speculated to be launched next year.

'Rise of the Tomb Raider' finally out on PlayStation 4; DLC...

'Bones' news: Currently on its midseason hiatus, renewed for its 12th...