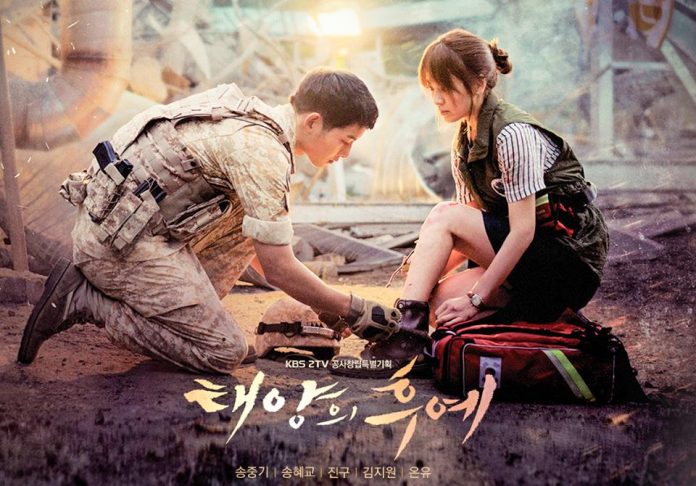 The popular South Korean military-themed television series, “Descendants of the Sun” has been the subject of rumors and speculations about its cancellation, particularly based on the notion that its two lead stars have declined the offer to come back for a second season. What really is the real score between stars Song Hye Kyo and Song Joong Ki?

iTechPost recently published a report saying that “Descendants of the Sun” season 2 has indeed been cancelled after only one season which aired earlier this year. Well, the first impression is why the producers or showrunners would cancel a show that gained immense popularity in its first installment? There has to be a very good reason. The report added that the two lead stars, Song Hye Kyo, who played the role of Doctor Kang Mo Yeon, and Song Joong Ki, who played the male protagonist Captain Yoo Si Jin, were supposedly romantically involved in real life and that they eventually broke up, leading to the difficulty of them working together again.

There also are claims that TV network KBS is doing all it can in order to convince the two actors to reconsider their initial decision to decline the offer to do a second season. Judging by how their chemistry worked wonders in the first season, it’s just way too difficult, even impossible to create a new one without either of them. It also is very awkward to imagine if one of them returns and is paired with another star and another character.

The showcase of a love story in the middle of a war-torn country immediately became a hit among fans not only in South Korea but the rest of the Asian region. An army captain paired with a young doctor was everyone’s fantasy and there is very little prospect of the show emulating the same success it got once new actors are put in place of the original stars.

Odin Sphere Leifthrasir US release date set for 2016; to feature...