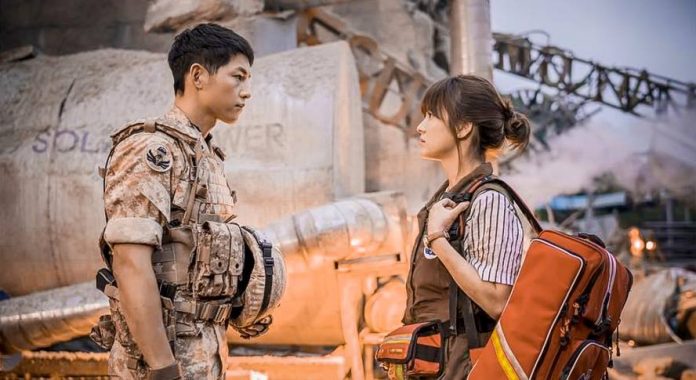 Seldom does an Asian drama series get the attention from the rest of the world, but South Korea’s “Descendants of the Sun” defied convention by becoming an international hit in its maiden season. But the sad reality about the military/war-inspired love story that aired on KBS2 is that it appears the two lead characters won’t be returning for a second season for the usual reason that the actors who played them are busy with other commitments.

The first season of “Descendants of the Sun” instantly became popular due to its unique storyline, plus the fact that the on-screen chemistry of stars Song Joong-ki and Song Hye-kyo was so obvious and productive, in the process giving the entire drama a distinctive component that clicked even to the younger audience.

And although earlier reports asserted that both stars won’t be returning to reprise their roles as Captain Yoo Si-jin (Big Boss) and Doctor Kang Mo-yeon (Beauty), rumor has it that a second season is already locked in, thanks to the extremely high ratings it got when it first aired.

Furthermore, a report by Soompi quoted the television network’s drama department head Jung Sung Ho admitting in April this year that the second season is indeed in the planning stages and that the scheduled release is anytime in 2017.

Rumors have it that the second season of the “Descendants of the Sun” won’t be cancelled just because the two stars that contributed to its popularity are no longer onboard. It is thought that the second lead couple who also appeared in the first season, Master Sergeant Seo Dae-young (Jin Goo) and Lieutenant Yoon Myung-joo (Kim Ji Won), will instead be taking the lead roles this time, although everyone is still waiting for a confirmation on that matter from the series creators.