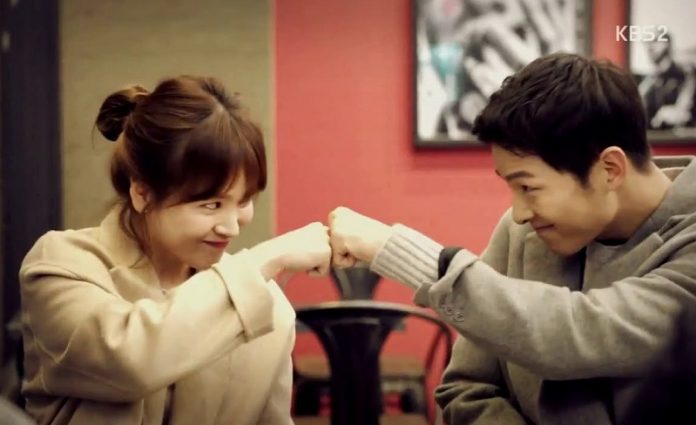 Rumors of a “Descendants of the Sun 2” started almost the same time its debut iteration ended its impressive run on KBS. During the months that followed, the stars of the show went on different schedules with lead stars Song Hye Kyo (Kang Mo Yeon) and Song Joong Ki (Yoo Si Jin) only reuniting for a series of fan meetings. Nevertheless, the clamor continues with avid fans still hoping that it will somehow come into fruition.

KBS has previously announced that they are indeed tinkering with the possibility of a follow-up iteration. But details regarding the matter are still scarce as they declined to divulge anything specific explaining that everything is still up in the air. Unfortunately, latest developments point to “Descendants of the Sun 2” becoming a steeper mountain to climb with producing director Lee Eung Bok leaving the network. Lee had been one of the pivotal people who worked on the military-medical drama serving as the other half of PD Baek Sang Hoon in directing the series.

The news, courtesy of Soompi, reveals that there was actually buzz earlier on that Lee had been trying to quietly exit KBS as soon as “Descendants of the Sun” wrapped up back in April but the company previously denied it. Now, the network confirms that Lee’s resignation letter has been received and accepted. There’s no official information on where the director will be heading but rumor has it that he will work on a drama tipped to air on tvN which will reunite him with writer Kim Eun Sook who also worked on the aforementioned series. Lee’s departure and uncertain involvement should the sequel roll out follows co-writer Kim Won Seok’s refusal to work on the planned project.

Given this latest development, it might be even more difficult to reassemble the same cast and crew that worked on this year’s smash hit drama. Arguably, the overall dynamics of the team played a huge part in effectively translating the drama’s narrative on screen. Then again, there is still the possibility that KBS starts with a clean slate only retaining the franchise title and military-medical genre. Instead of a direct sequel, an anthology could be produced which is normally the case for shows that are pining for a second season.