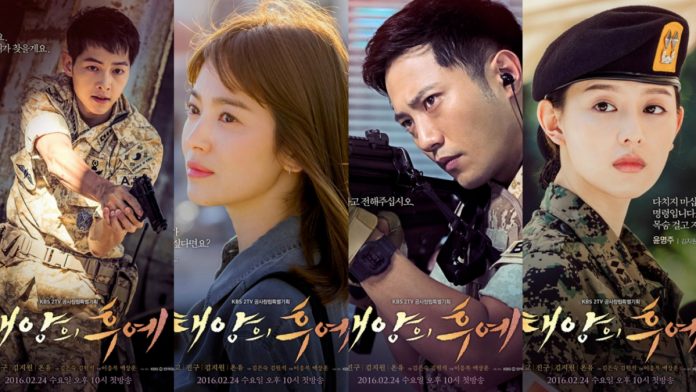 Military-medical drama “Descendants of the Sun” gained so much popularity during its run. Despite having good competitors on its Wednesday-Thursday slots, it still emerged on top ratings-wise until its last episode.

The clamor for the show and the finale which brought so much promise for a follow-up story caused fans to go on a frenzy in terms of the possibility of KBS producing a sequel for the show.

Unfortunately, co-writer of the blockbuster drama, Kim Won-suk slammed rumors of a “Descendants of the Sun 2” saying, “I have no plans for a second season.”

He added that he is looking forward to transitioning to a different genre specifically a period one or a young adult show, both of which are also hit premises in terms of Korean TV shows.

“I’ve already told the story I wanted to tell. I hope that Yoo Si Jin will lead a happy life in the future without any more trouble,” Kim added.

The other writer who worked on the project, Kim Eun Sook did not straightforwardly thwart the idea of a second season, but she admitted that it is a long shot explaining that it will be a little difficult to bring back the A-list cast together. On top of that, the “Heirs” writer is also already tied-in to a new drama for cable channel tvN that will involve Korean goblins. The next project will be top billed by another Hallyu actor, Gong Yoo, who is most notable for his work in “Coffee Prince” opposite Yoon Eun-hye.

Reducing the chances of a right away sequel is lead star Song Joong-ki (Yoo Si Jin) embarking on his fan meeting tour. Song was catapulted to super stardom after starring in the show opposite Song Hye-kyo (Kang Mo Yeon) following his two year stint in Korea’s mandatory military service. The tour kicked off in Seoul last Sunday, and the 30-year-old actor is expected to go around Asia to meet his international fans.