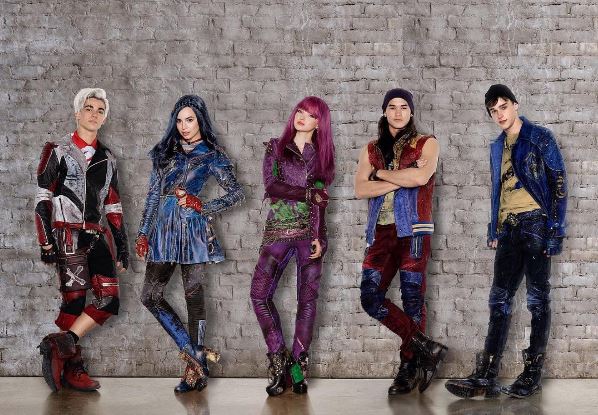 “Descendants” is returning for another installment on the Disney Channel, and the sequel to the hit TV movie will feature some newcomers who are sure to test Mal’s (Dove Cameron) patience.

According to Entertainment Weekly, a new trio will be arriving to stir up some trouble Uma, the daughter of “The Little Mermaid’s” Ursula; Gil, the son of “Beauty and the Beast” villain Gaston, and Harry, the son of “Peter Pan’s” Captain Hook.

Uma will be played by China Anne McClain; Thomas Doherty plays Harry, while Dylan Playfair portrays Gil. Along with Cameron, original cast members Cameron Boyce (Carlos), Sofia Carson (Evie), Booboo Stewart (Jay), and Mitchell Hope (Ben) will all be returning to reprise their roles, and the sequel will be directed by Kenny Ortega.

EW reports that Uma is the leader of the new trio, and they will be very resentful of the fact that they weren’t chosen to attend Auradon Prep, the prestigious high school in the Auradon Kingdom which is attended by all the children of famous Disney heroes and villains.

Speaking with the media outlet, Ortega gave a preview of the new arrivals and teased what’s to come in “Descendants 2.”

“The Isle of the Lost is an island that houses the most infamous villains, so it seemed natural for a pirate gang including the offspring of Ursula, Captain Hook, and Gaston to emerge as we take audiences deeper into the ‘Descendants’ world,” said the director.

Ortega added that as the story unfolds, viewers will see how Uma is a force to be reckoned with as she leads the pirate gang. A teaser hinting at Uma’s arrival was released earlier this year, wherein Mal, Evie, Carlos, and Jay are seen walking and talking about what to do next when the four are suddenly trapped inside a glass ball, and laughter is heard as a purple tentacle wraps around the ball.