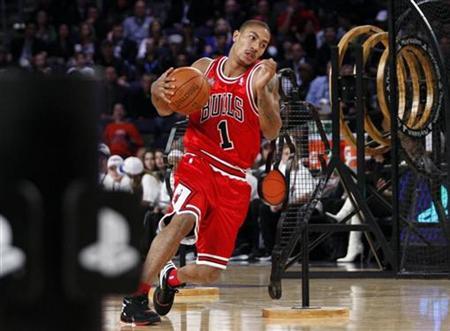 Despite Chicago Bulls going full steam after the free agency market, some rumors persist in suggesting that the team may possibly trade Derrick Rose.

What might have caused the speculation is the so-called rift between Rose and teammate Jimmy Butler who has recently signed-on a max deal worth $90 million with a bonus of $4.6 million. The two alpha males were said to have a misunderstanding when they played and lost against Cleveland Cavaliers.

Butler has previously refuted the rumor and said that they do not have issues and they are just two basketball players who want to win the game.

His agent, Happy Walters, added that the animosity between them is not true, “This isn’t like Kobe and Shaq, where the guys don’t like each other. Derrick has always been really cool with Jimmy and embraced him when he got there. When Derrick was hurt, Jimmy was there to help. Derrick came back and he helped Jimmy when he was hurt. Derrick’s best friend was the point guard for Jimmy’s junior-college team. There are a lot of connections,” Centrio Times reports.

Some reports assert that even though it seems like a far-fetched idea for the Bulls to give up the face of their franchise, it is still a good move to test his trade value and know how much other teams will pay to get the star player.

Basket Bull Sports Blog notes that if Rose theoretically lands with another team, he may fit in with Minnesota Timberwolves but since Bulls will need a starting point guard, Ricky Rubio may have to be put in the trade deal.

The report supposes that Rubio may come as a playmaker who may be willing to assist Butler. Taking into account the cost for the trade though, getting Rubio to replace Rose may feel like a downgrade for the Bulls.