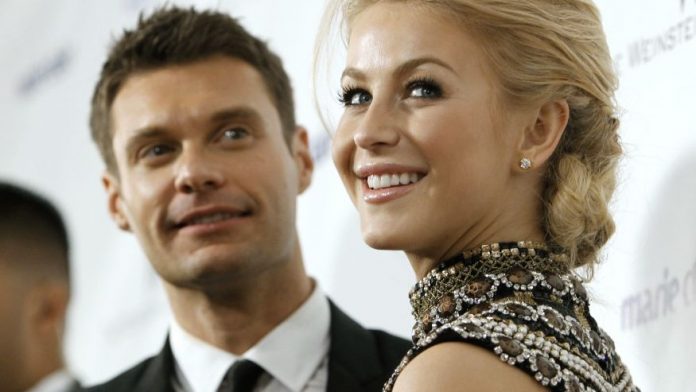 Five-times Dancing With The Stars winner and brother Derek Hough talked to People magazine about his sister’s engagement to the Canadian ice hockey player, revealing that he and his sister have discussed the venue for the wedding. The dancer enthusiastically spilled some details about the upcoming wedding.

“I have an idea where it’s going to be….something outdoors, in nature,” he said. “Sentimental. Something special to us. It’s going to be amazing.”

Derek added that he has predicted since the start of Julianne and Brooks’ relationship that the two would tie the knot one day, saying “It was one of those things where it was instant and that smile and glow she’s had hasn’t dimmed ever since she met him. That’s a special thing.”

Meanwhile Laich has gained Derek’s approval: “He’s the best. We went surfing yesterday. We’ve been hanging out a lot. He’s a good guy.” Hough also added that Laich asked him to be a groomsman in the wedding. He also noted that Laich is a very traditional man. The groom-to-be even asked permission from the siblings’ father before proposing to Julianne.

However, Hough mentioned that the wedding guests will not catch a live performance from the siblings. “We perform enough. We’ve been on two tours,” he said. “Me and Laich might do something funny. We’ll have fun. When my family gets together, they dance anyways. They dance more than me and my sister.”

The twenty-seven year old “Dancing With the Stars” judge previously dated “American Idol” host Ryan Seacrest from 2011 to 2013. This will be her first marriage. Evan Brooks Laich currently plays for the Washington Capitals of the National Hockey League (NHL).

Sleepy Hollow season 3 spoilers: show will have less fantasy next...