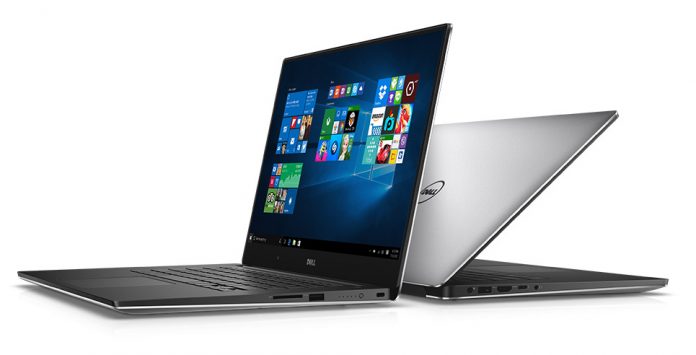 Dell’s XPS line of laptops has wowed computer enthusiasts worldwide. With the release of the new XPS 15, the computer giant has combined performance with enhanced display for the ultimate laptop experience.

According to CNET, the XPS 15 has “the same treatment” as its predecessor XPS 13 in terms if the InfinityEdge display. With its 4K Ultra HD or 3840 x 2160 resolution display, photos, videos, and anything viewed using the laptop will appear crisper and sharper.

On the product’s website, it says that the resolution has over 8 million pixels, therefore making it over 3 million more than Apple’s MacBook Pro 15 with Retina display. Likewise, using the laptop indoors or outdoors is no problem because it is over 100 percent brighter than ordinary laptops at 400-nit. Dell also explains that the XPS 15 has richer and bolder colors with “a high color gamut of 72% and a 1000:1 contrast ratio.

In terms of durability, the new laptop weights only 4.44 lbs (2.01kg), and it is about 0.3″ to 0.7″ or 18mm thin. Even though it is thin and light, the XPS 15 is made from a single block of aluminum to make it durable and sturdy. It will also not overheat unexpectedly because the base is made from carbon fiber, which is known to be cooler when touched. In addition, the Corning Gorilla Glass NBT display can resist accidental scratches and scuffs brought about by cleaning or handling.

Inside, Dell’s new laptop can be equipped with up to 4<sup>th generation Intel Core processors or Quad Core i7. It comes with Windows 8.1 but is also compatible with Windows 10 for optimum performance. For hardcore gamers, equipping the XPS 15 with the optional NVIDIA GeForce GT 750 2GB graphics card will boost the speed of the hardware even more.

As for ports and slots, the laptop comes with a 3-in-1 media card reader for SD, SDIO, and SDXC. It also has 3.0 USB and 2.0 USB slots. Connecting it to a bigger screen is also possible with the standard HDMI port.

The base price for the XPS 15 starts at $1,199 for the 6<sup>th Generation Intel Core i5 model with 8GB memory and 1TB hard drive. For the touch capable version, it has a tag price of $1,749 for the same processor and memory but 256GB of SSD. All models are customizable for a higher price. Some of the customizations available on the website include the NVIDIA graphics card and larger hard drives.