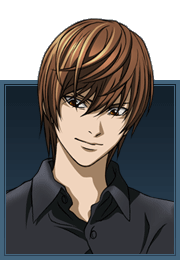 The detective fiction psychological thriller “Death Note” is set to be adapted to the big screen by Warner Bros. Though production of the live action film is set to begin next spring, details about it are already surfacing online.

According to Variety, Nat Wolff of “The Fault in Our Stars” and “Paper Towns” is in final talks to play the character Light in the source material. The name of the character in Warner Bros.’ version has not been revealed yet.

Aside from the film adaptations of novels written by John Green, Wolff has also starred alongside Robert De Niro and Anne Hathaway as Justin in “The Intern” currently in theaters.

In the manga, Light Yagami is a young student who finds a mysterious supernatural journal that can kill anyone as long as the person’s name is written on its pages. In time, Light gets caught in a cat-and-mouse game with a genius and reclusive police detective named L.

Comicbook.com reports that the movie is being helmed by “V/H/S” director Adam Wingard after Shane Black’s departure. On the other hand, it will be produced by Roy Lee, Dan Lin, Jason Hoffs and Masi Oka. The script was written by Jeremy Slater of “Fantastic Four.” In 2009, Warner Bros. acquired the rights to the manga series from Vertigo Entertainment.

Created by Tsugumi Ohba and Takeshi Obata in 2003, “Death Note” became famous not only in Japan but in other countries as well. It inspired three films in Japan, a live-action television show, an anime series. Another live action film is being produced in Japan. When it ended in 2006, the manga had 13 volumes and sold over 30 million copies worldwide.

'Attack on Titan' season 2 spoilers: Production resumes after 'Kabaneri of...