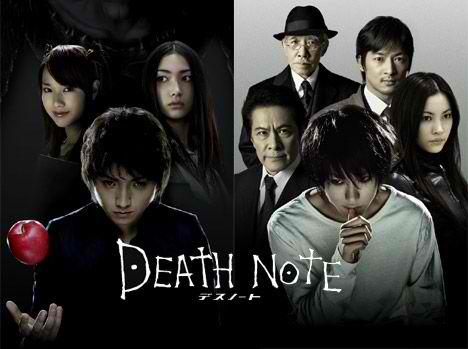 The live-action Hollywood version of the hit-manga series Death Note just got a step closer to being a reality, as the main character of the film just got its actor.

According to a report by Variety, actor Nat Wolff will be playing the role of the lead protagonist, originally called Light Yagami, in the upcoming film. Wolff was most recently known for his roles in the film adaptation of John Green’s bestselling young adult novels The Fault in Our Stars and Paper Towns.

As of the moment, no one else is cast for the film, but Warner Bros. Pictures have already commissioned Adam Wingard to direct, after Iron Man 3 director Shane Black and even M. Night Shyamalan were previously rumored for the position.

Roy Lee, Dan Lin, Jason Hoffs and Masi Oka are producing the project, with Doug Davison and Brian Witten as Executive Producers. Niija Kuykendall and Nik Mavinkurve are overseeing the film for Warner Bros. The film is said to begin production Spring of next year.

Death Note, in the original stories, follows the story of prodigy Lght Yagami, as he stumbles upon a notebook that has the ability to kill any human being whose name is written on it. With the presence of Ryuk, the shinigami who owns the “Death Note”, Light later uses it to “punish” criminals, and later gained fame as “Kira”. Soon, the world-famous genius detective “L” starts pursuing the mysterious “Kira”, and a cat-and-mouse chase commences between the two great minds. Other characters in the story include the pop star Misa Amane, Light’s father police chief Soichiro, L’s companion Watari, and the other shingami Rem.

The franchise, which went on for 12 volumes in the original manga, spun off a hit anime series, and three blockbuster Japanese live-action films, and is currently airing a reboot TV series in Japan.