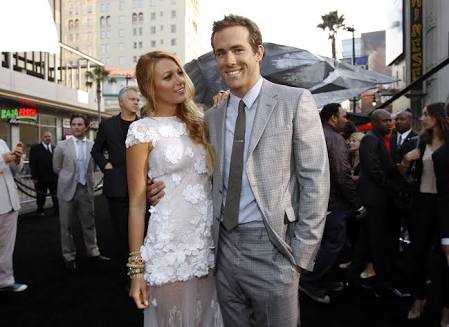 After the success of “Deadpool,” there is a lot of anticipation for the release of the film’s upcoming sequel.

It has been confirmed that a second movie is in store for “Deadpool” and as such, fans will be able to see Ryan Reynolds take on the iconic character once more. Many fans were happy with how the film turned out as it did the comic book series justice.

With that, it seems as though more excitement is expected to take place in the upcoming movie. Recent reports have suggested that Reynolds will be getting the ultimate love interest in “Deadpool 2” his real-life wife, Blake Lively.

Rumor has it that Lively could be joining “Deadpool 2” as the love interest of Reynold’s character. It is said that the decision to have Lively as the new female lead is due to the actress’ disinterest in seeing Reynolds having intimate scenes with other people in movies.

“Having your husband having mashed potatoes eaten out of his butthole, because that’s in the film, is lovely. It’s a cruel and unusual form of torture,” Lively told Jimmy Fallon during an appearance on “The Tonight Show.”

Because of this, many believe that the new installment will be more provocative than the previous film as it can portray the chemistry between Lively and Reynolds. The comic book series is known for its cheeky scenes, as well as Deadpool’s openness for risqu activities. With that, fans speculate that this could be brought to life when the sequel hits the big screen.

However, there has yet to be any official source confirming the casting. There is also no news regarding Morena Baccarin’s exit from the movie, as she played the romantic interest of Deadpool in the first film. There are also those who hope that she will be seen once again, as she brought an interesting vibe to the film.

Meanwhile, there are reports saying that Spider-Man and Cable will be joining Deadpool in the sequel. If proven to be true, this will surely bring a lot of excitement to the story.