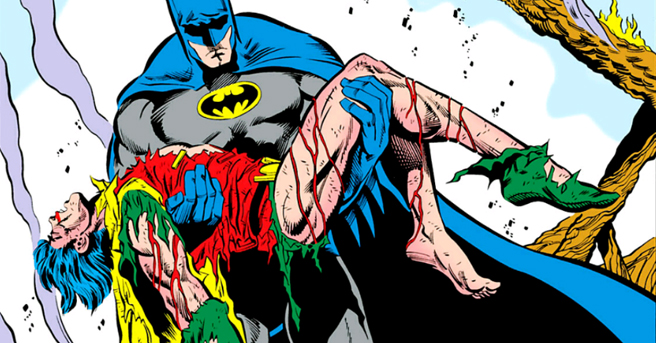 It’s no secret that fans have been on the hype train for so long with the highly anticipated “Batman v Superman: Dawn of Justice” and the entire DC Extended Universe as a whole. Now, possible major plot details have leaked out online as to the storyline the upcoming solo “Batman” movies are set to take.

With a standalone “Batman” film sure to come, Ben Affleck will be reprising his role as The Dark Knight of Gotham City. There have also been reports that the actor will also be on the director’s chair helming the film, and will also serve as a co-writer with DC Comics Chief Creative Officer and writer of various successful comic books, Geoff Johns.

Now, as detailed by JoBlo, sources have leaked out the possible storyline that the film will be following. According to reports, the film will use Bruce Wayne’s personal tragedy as its key element, more particularly the death of Jason Todd, the second Robin. In the 1998 comic book “A Death in The Family,” he is killed by The Joker but he does not remain dead as he is brought back to life through the Lazarus Pit, taking on the persona of The Red Hood.

The character is said to be a “priority” for the first solo “Batman” film, and may be expected to at least be referenced, if not making any appearance at all, in the upcoming “Batman v Superman” or “Suicide Squad” film.

In the same way Marvel has the Winter Soldier on their roster, the DC Extended Universe is said to put Jason Todd in play as the counterpart character a former sidekick to the hero that goes to the dark side while finding his way back to the good.

As to a possible actor to take on the role, Warner Bros. is reportedly planning to cast some unknown actor, just like how Ray Fisher was cast as Cyborg.