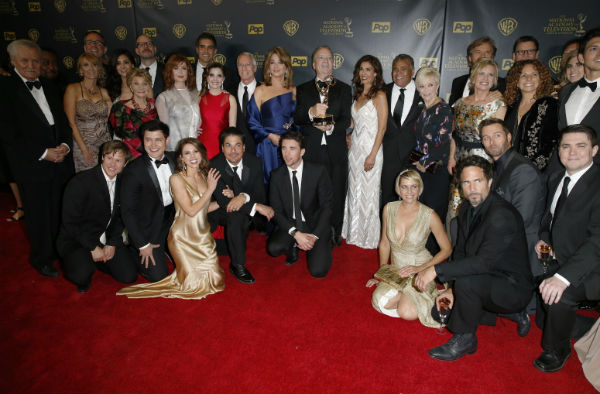 Long-time running daytime soap opera, “Days of Our Lives,” may soon be axed by NBC to make way for anchor Megyn Kelly’s move to the network.

According to an article on People, a source connected to the show has told the publication that several cast members have already been informed that 2017 could be the series’ last.

Andrew Lack, NBC News chairman, has already lined up potential roles for the former Fox news anchor. An article on New York Times stated Lack has offered the journalist three new gigs at NBC, which include hosting a daily daytime show, anchor an in-depth Sunday newsmagazine program and a role on the network’s special political programming and other big event coverage.

“Days of our Lives,” which is currently in the much sought-after 1 to 2 p.m. time slot, could be seen as a potential slot for a daytime talk show to be hosted by Kelly.

That could be one of the reasons to axe the series. Another reason could also be its continuous drop in ratings. An article on TVseriesfinale.com indicated the current ratings of “Days of Our Lives” is 7.28 percent lower than the previous season.

“Megyn is an exceptional journalist and news anchor, who has had an extraordinary career,” Lack said in a statement. “She’s demonstrated tremendous skill and poise, and we’re lucky to have her,” he added.

Kelly’s move, the article on People stated, has raised speculations about the future of Fox News. The long-standing news anchor’s departure, which has come after that of Greta Van Susteren, would mean Fox will be facing the prospect of having a no-female host in prime time.

Rupert Murdoch, executive chair of 21st Century Fox, however, has offered a supportive statement about Kelly’s decision to transfer to NBC.

“We thank Megyn Kelly for her 12 years of contributions to Fox News,” the statement read. “We hope she enjoys tremendous success in her career and wish her and her family the best,” it added.

Meanwhile, according to the article on People, a final decision on Kelly’s role on NBC has not yet been made.