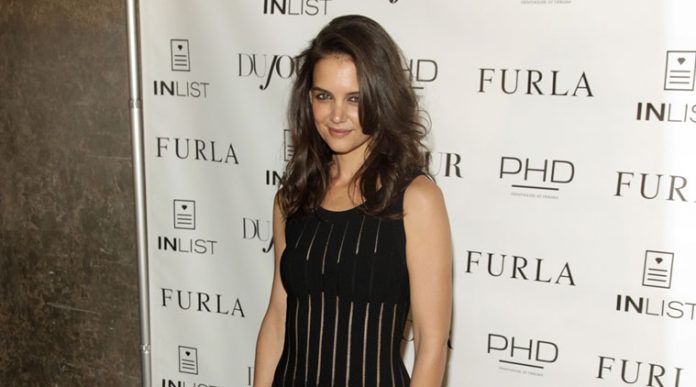 Joey finally revealed who was the best kisser between Dawson and Pacey.

Katie Holmes was on the hot seat with James Corden in “The Late Late Show” on Wednesday along with Ryan Reynolds and Judd Apatow as the show host asked her one really awkward question: Who was the better kisser, James Van Der Beek or Joshua Jackson?

The 37-year-old actress was first reluctant to answer the difficult question although she did get some help from Corden and Reynolds, 39, who knows one of the “Dawson’s Creek” actors from way back.

“I think Der Beek, because I would get straight up in his grill,” Corden suggested.

“I went to high school with Josh, and I can tell you right now, he’s a terrific kisser,” Reynolds joined in. Both Canadians Reynolds and Jackson apparently went to Kitsilano Secondary School in Vancouver together.

“Well, I mean if he says so…” Holmes answered, giggling. “So it’s affirmative!” Corden yelled out. “Pacey’s better than Dawson! I can’t believe it!”

Holmes and Jackson were a real-life couple in the earlier seasons of the romantic series, according to Entertainment Tonight.

It was neither of them, though, who became Holmes’ first kiss when she was 18 since it was just some guest in the show.

“It’s so awkward because with a first kiss in [real] life, if it doesn’t go well you can kinda be like, ‘Oh I gotta get home,’ or ‘thanks.’ You never have to deal with that person again,” explained the actress. “But on screen, you’re gonna have to have lunch and you’re probably have to work together tomorrow, so it’s a little bit [awkward].”