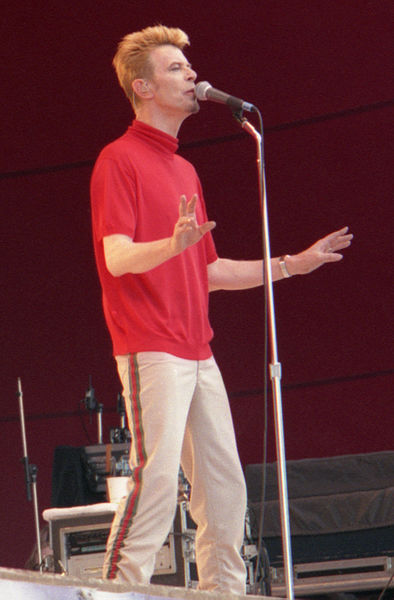 Famous rock star David Bowie passed away on Jan. 10, two days after his 69th birthday. Many fans and celebrities have since expressed their sadness over the loss of one the icons in the music industry, including Scottish singer and philanthropist Annie Lennox.

Lennox posted on her Facebook page, “At the loss of someone who has impacted and influenced your life, you can hardly begin to measure the shape of what’s left behind.”

Bowie was in an 18-month battle with cancer. It is reported that he kept the diagnosis so private that even his close friends did not know he had the debilitating disease.

Queen’s Brian May wrote in his website, “But this news is hard to take in. I had no idea he was close to death. Would like to have said something …”

Bowie reportedly fought against six heart attacks in the past year to make his final album, “Blackstar.” He died two days after its release. According to the Official Charts Company in the U.K., as reported by Fortune on Monday, the album has already reached 43,000 in sales.

During his career, the music icon recorded 27 studio albums, eight live albums, and 10 compilation albums. An article by Telegraph reports that he had 140 million worldwide record sales, making him one of the ten top-selling U.K. artists of all time. His hundreds of songs have contributed to a net worth of $230 million.

Bowie also appeared in such films as “The Prestige,” “The Man Who Fell to Earth,” “Just a Gigolo,” and “Labyrinth.”

He was born David Robert Jones but decided to change his name after the 19th century American frontiersman and the knife he made. The name change was made right before his debut album, “Man of Words, Man of Music,” in 1967.

Bowie met his second wife, Iman Abdulmajid, in Los Angeles in 1990. They settled down to marry in 1992. In August of 2000, the pair had a daughter who they named Alexandria Zahra Jones.

Millions of fans have left flowers at Bowie’s birthplace in Brixton where they also planned a dance party in honor of the star.