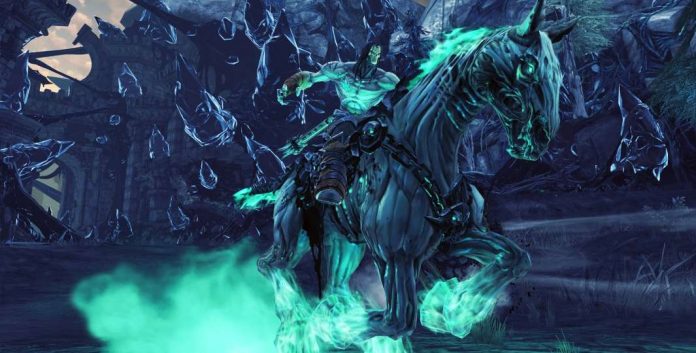 “Darksiders” fans are still keeping their spirits high that a new title for the adventure-themed game franchise could be released in the near future as it is high time for the game developer to dish out a new installment.

Fans might recall that it has been four years since Death had battled his way into “Darksiders 2” and true blue followers of the game are now guessing as to who between the remaining Horsemen will be gracing the yet to be announced game.

Having that said, the next title could be featuring the Horseman Fury who is one of the four remaining Nephilim and also a member of the aforementioned four-man collective of doom.

For the uninitiated, Fury is some sort of a demon lass who rides on a dark-skinned horse and prefers a flaming whip and her claws as weapons of choice to slay demonic opponents. It is also said that among the four and very much ironic to her name, she has the most level-headed personality. Moreover, reports also say that Fury is also compassionate towards her kin as it was evident when she somewhat gave a welcome back hug to Death when the latter had been gone for 50 years.

Meanwhile, there were also reports some months ago that the other Horseman, Strife, could be the protagonist of the next game, but these speculations still lack sauce and players of the game are advised to chomp on it with dashes of salt.

Moreover, it was also publicized back then that an online retail store had been spotted to don the “Darksiders 3” game in their catalog. Though no images were posted, the website claimed that the title could be released before the year ends and it may well seem to be an Xbox One exclusive as depicted in the product description.

However, game publisher Nordic Games is still mum about the game’s release and has yet to make a statement about it.