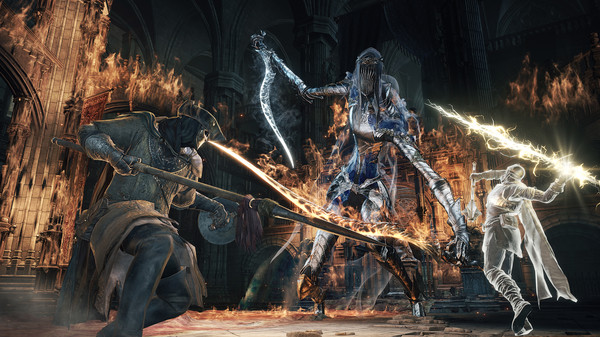 After a one year wait, the final installment of the “Dark Souls” game franchise is finally coming. The role-playing game “Dark Souls III” will be released for PS4, Xbox One and Microsoft Windows in Japan on March 24, with a worldwide launch to follow on April 12. As the launch draws near, developer FromSoftware has started revealing more details about the upcoming game, perhaps to get franchise fans excited enough to get a hold of it.

According to a report in Tech Times, the game will be featuring new locations, new bosses to fight, new characters, as well as a few characters who are coming back from the previous games in the series. This was revealed by FromSoftware through a series of gameplay videos that they recently released.

In the game, players will call one place, the Firelink Shrine, as their home. According to the report, the game features the return of the shrine as the game’s central hub. The Shrine, however, is quite different from its older versions. In the game, it is described as “a great, looming chamber, shielded from the ash and darkness of the world outside.” Inside the shrine, players will see other members of their community. These include the Fire Keeper, who helps players level up and acts as their guide as they go through the game. Other characters are the Crestfallen Warrior, Andre the blacksmith from the first “Dark Souls” game and a Fire Maiden from “Dark Souls II” who sells items to players. According to the report, the chamber is huge enough to carry more characters.

The Lords of Cinder, who are an integral part of the story, are also introduced. The one who introduces them is also a Lord of Cinder, Ludleth, who did not leave his throne. He is the one who tells players about the four Lords of Cinder whom they must fight: Yhorm the Giant, the Watchers of the Abyss, Saint Aldrich of the Deep and Holy King Lothric.

Aside from the four lords, there are also three new bosses that players will eventually face in the game. Each of these new bosses requires different fighting strategies in order to defeat them. According to the report, the easiest one is Iudex Gundyr, the first boss. The next two bosses, however, are another matter. Vordt of the Boreal Valley is described as “a frozen, armored watchdog of the Lothric Castle’s front gate.” The last boss is Greatwood, a corrupted tree, who is all but easy to beat.