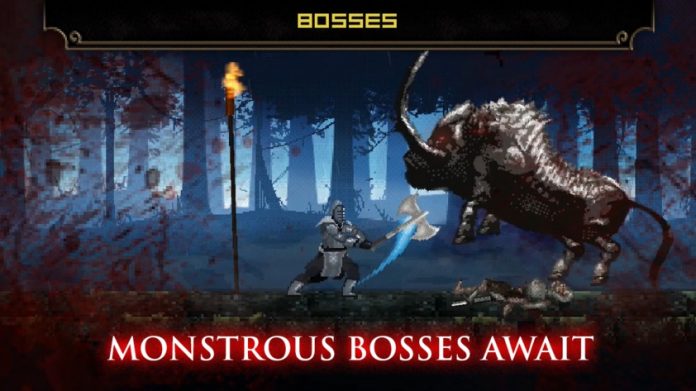 “Dark Souls” was made by From Software and is an action RPG. The core mechanic of the game is letting players explore the fantasy medieval world while uncovering secrets and treasures along the way. What makes this game stand out is the challenges it presents the players and letting them learn from their past mistakes. The game emphasizes the importance of being patient, being aware of the environment, resource management and adapting to certain situations and acting accordingly.

“Slashy Souls” also follows the same themes seen in “Dark Souls.” The only difference is the game is presented in 16-bit graphics and is an endless runner like the mobile game “Temple Run.” The gameplay is also different from what the fans might expect but there are boss fights that feel familiar to those who have played “Dark Souls.”

This is a great entry point for non-fans to get hooked and understand that hard games are still fun. For fans, this serves as the appetizer for the much-anticipated release of “Dark Souls 3” this April.

'Person of Interest' season 5 spoilers: Harold, Root disagree on 'The...