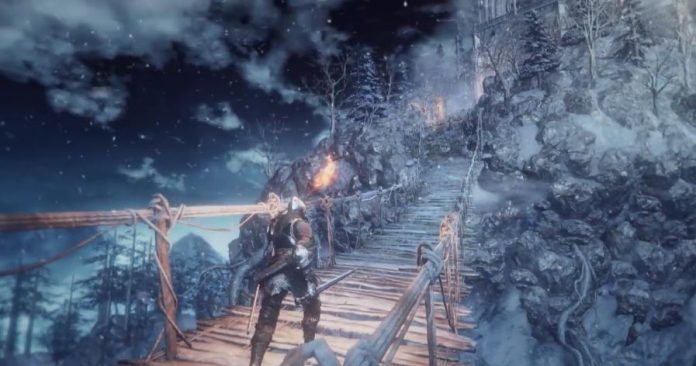 Game developer FromSoftware has released new downloadable content for “Dark Souls 3” titled “Ashes of Ariandel.” The DLC includes new weapons, armor sets, and magic for players to discover and experiment with, along with new features for the game’s highly popular competitive multiplayer mode.

Very little was made known about the DLC, other than players are supposed to journey into the frozen land of Ariandel where they will have to defeat the evil within and find out what destroyed the region. Now, Kotaku has the inside scoop on the add-on, as the media outlet reports that the DLC has all the familiar trappings that are featured in “Dark Souls 3.”

Upon installing the DLC, it was said that players will encounter a man at the Cleansing Chapel. After talking to the man, the player is transported to Ariandel by means of an enchanted painting, with no hope of escape.

Ariandel is completely covered in snow, and the location is filled with hollowed-out soldiers, massive Viking warriors, and wolves, among others. Upon arriving at the snow-covered land, players will find their characters right in the middle of a wide-open snowfield and one has to make his way through it until a fulcrum area is reached.

Once a player arrives at this area, he is given a few directions where one can proceed. There are two paths, and one leads to a short trip to the “downstairs” boss, while another path will take the player through a plague-ridden town on the way to the main boss.

According to Gamespot, “Ashes of Ariandel” is priced at $15, but players can buy the expansion in a bundle with the second unannounced expansion for $25. No details about the second DLC has been given, but it was confirmed that the upcoming DLC will be released in early 2017.

“Ashes of Ariandel” is now available for PC, PlayStation 4, and Xbox One.