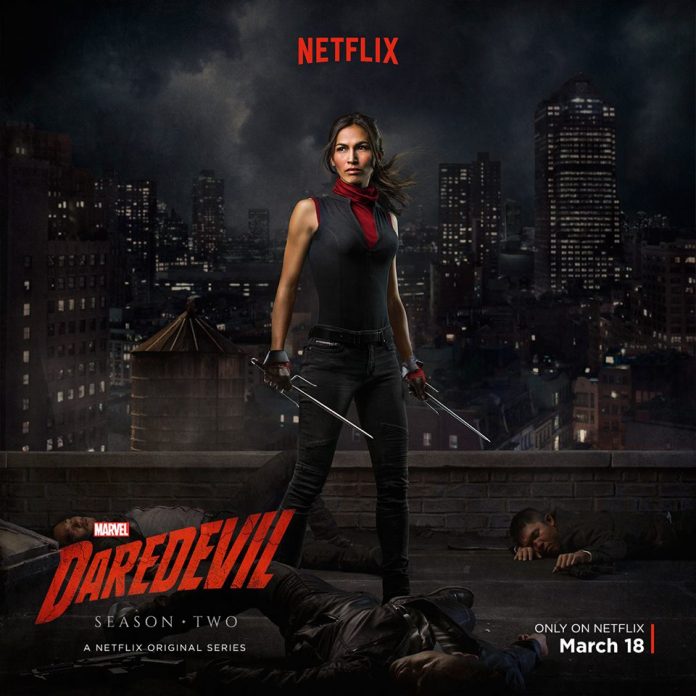 “We think Elektra is a sociopath. This world is a game for her. It’s like a chess game, and what motivates her is what she wants. She’ll use anything she needs to use to get to her goal, and if she needs to kill people, she will.”

Those were the words of Elodie Yung as she talked to Collider about her Elektra character, which will debut on the season two of the Netflix action series, “Daredevil.”

The actress added that the character she breathes life into has a certain brand of coldness and is neither bad nor good. She further referred to her character as a woman with a layer of different traits and is in search of who she really is.

Despite “Daredevil” season two paving the way for the debut of Elektra and The Punisher on the series and Yung confirming that her character will have her own story arc, fans of “Daredevil” need not to worry that the Daredevil/Matt Murdock himself might just play support in season two. In a previous article of Collider, “Daredevil” co-showrunner Marco Ramirez said that he and his team are doing their best to come up with the best intertwined stories of the three characters as they share the screen.

“…Most importantly, we wanted to make sure everything runs through Matt because it could easily become The Punisher story or the Elektra story that Matt cameos in, and not vice versa,” he emphasized.

Netflix has just released the second official full-length trailer of the show’s second season, teasing the expanding Yakuza threat and the link between Matt Murdock and Elektra. And based on the second teaser, it seems that “Daredevil” season two will be darker and more action-filled, indeed, as promised by its showrunner Doug Petrie in his interview with The Hollywood Reporter.

“The stuff you want to see, we want to see, and we can’t wait to show it to you,” Petrie said, alluding to “Daredevil” season two.