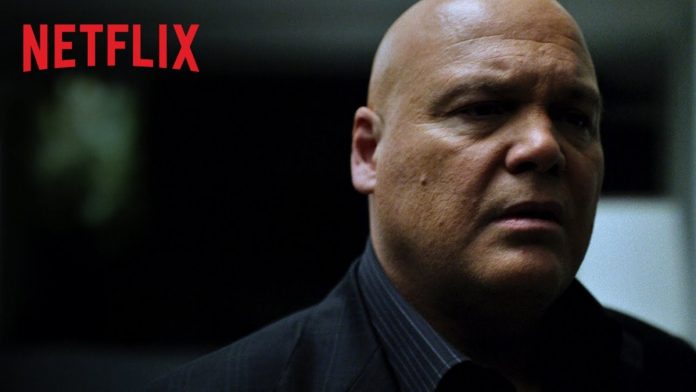 Far-off as its release date may seem, “Daredevil” season 3 continues to be the center of plot speculations, especially since its return will follow Charlie Cox’s titular role’s team up with the Defenders. While that presumably changes things, one aspect that may remain the same is that Kingpin will still be giving the lawyer by day, hero by night a hard time.

In a recent interview with LRM Online, Vincent D’Onofrio shared that he is open to the possibility of reprising his role as the powerful businessman wreaking havoc in Hell’s Kitchen. But before fans get too excited, the actor stepped on the brakes before giving too much away.

“That I can’t answer. I do know, but I can’t answer,” said the actor, referring to when viewers might see his reappearance. “So take that how you will. Jeff and Charlie (Cox) and Netflix love Kingpin, and so, Kingpin is good for Marvel’s television stuff and I think they agree.”

Needless to say, the rest of the conversation continued with D’Onofrio revealing that he will indeed be back but without divulging specific details.

It can be remembered that Wilson Fisk’s alter ego had been a pivotal part of “Daredevil’s” series opener having him not just in physical battles but also in pretty fascinating banters with Matt as well. Jumping into the second season, he may have been relegated to the backseat with the introduction of Jon Bernthal’s Punisher but his involvement was enough to stage his eventual comeback.

At this point, the actor says that he has not yet signed a contract despite his almost verified return to Netflix’s Marvel lore. But when the time comes that they call him back in, he is willing to drop everything to be on the set “because it’s written so well.”

“And then there’s a company like Netflix and they’re not pressuring you either. They just want good material, good content. They give you money to make good content, so they’re not pressuring actors to sign their life away either…. I think that there’s this common ground where they say, ‘Look, if the material is good are you going to show up?’ and I said, ‘Definitely,'” D’Onofrio continued.

Though it might be a little premature to be expecting specifics for “Daredevil’s” third season, more so since the events that will transpire in “The Defenders” will definitely have an impact on how Matt operates once he returns to his own little pocket of Hell’s Kitchen, but bringing back Kingpin will never be a bad thing especially when his character is used right.

“Daredevil” season 3 is expected to be back on Netflix sometime in 2018.