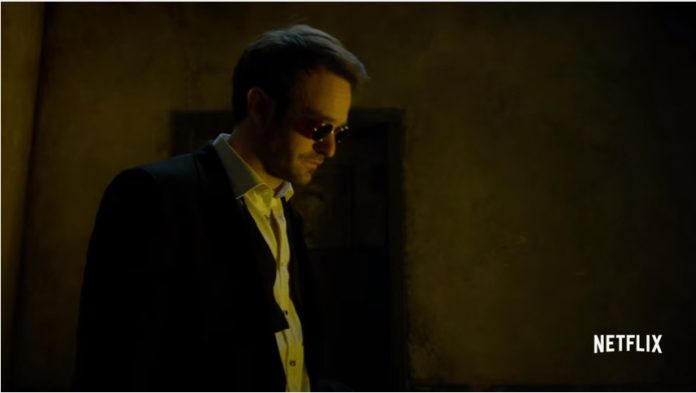 Netflix may have shelved the third season of “Daredevil” as the streaming site is reported to have its hands full of projects right now aside from the Marvel series featuring a blind vigilante. Most of its upcoming serials are also from the pages of Stan Lee’s widely followed comic books.

The continuation of the blind lawyer’s crime-fighting escapades is said to have been put on hiatus to give way to equally anticipated series such as the newly dished out “Luke Cage,” “Iron Fist,” “Jessica Jones,” and “The Defenders,” in which the latter will be the superhero collective of the first three mentioned shows including Matt Murdock’s alter ego.

With that said, the third installment of “Daredevil” is now speculated to premiere in 2018 which is obviously quite far off. Netflix may have a pretty good reason for doing such as it is said that the events that will transpire with the upcoming “The Defenders” series will somewhat pave the way for what’s going to happen in season 3 of “Daredevil.”

As far as rumors are concerned, the next installment for good ol’ Hornhead might feature the return of the heavily-built crime boss Kingpin (Vincent D’Onofrio) as it was noted that the now imprisoned antagonist featured in the show’s first season might still be operational amid his time spent behind bars, not to mention the addition of another formidable foe next season from which many fans and binge-watchers theorize that it could be the ever-accurate Bullseye.

Now that it may well seem that the upcoming season for “Daredevil” is still sketchy as of late due to a 2018 air date, fans might want to consider checking out Hornhead’s future teammate, Luke Cage (Mike Colter) whose show with the same name was just released, or revisit “Daredevil” seasons 1 and 2 which are still available on Netflix.