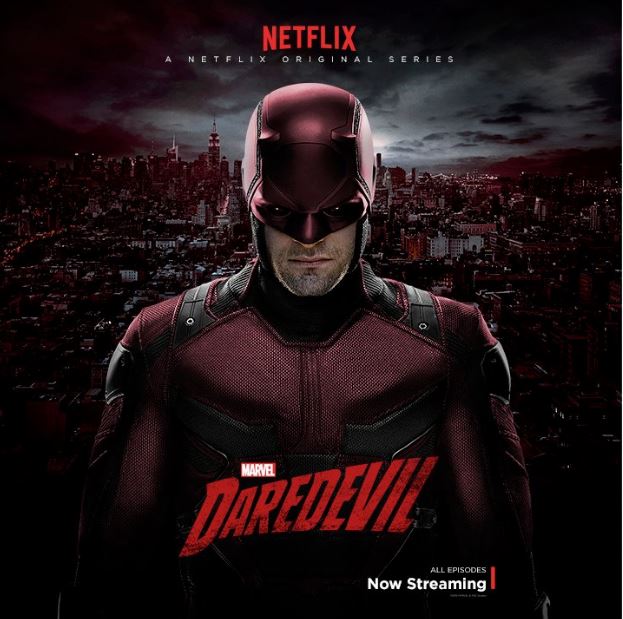 The second season of “Daredevil” was widely applauded by fans after the season debuted in its entirety last March on Netflix. The series was renewed for a third season last month, but it looks like fans will be in for a long wait as it was confirmed that the Charlie Cox starrer won’t be back until 2018.

The renewal news was announced at San Diego Comic-Con during the “Luke Cage” panel. A teaser clip for the upcoming third season was shown at the pop culture event, which shows a subway station sign with the words “Hell’s Kitchen” on it. The lights flicker out and fighting sounds are heard, and when the lights go back on, it’s revealed that the sign is now spattered with blood.

Initially, it was thought that season 3 will premiere on the streaming service in 2017. However, according to Den of Geek, word has come out at the Television Critics Association press tour that season 3 of “Daredevil,” along with the second season of “Jessica Jones,” won’t happen until after “The Defenders.”

The new show will feature Daredevil (Cox), Jessica Jones (Krysten Ritter), Luke Cage (Mike Colter), and Iron Fist (Finn Jones) teaming up to fight crime in New York City. The site claims that “The Defenders” is set to start filming before the end of 2016 and will air in 2017. This means that the third season of “Daredevil” could have a possible 2018 airing date.

The second season of “Daredevil” ended with a massive cliffhanger as Matt Murdock revealed himself to be the Daredevil to his ex, Karen Page (Deborah Ann Woll). The finale also revealed that the evil Hand dug up Elektra’s (Elodie Yung) dead body from the cemetery where Matt and Stick (Scott Glenn) had buried her, and the organization put her body in a mysterious stone coffin.

It is expected that Karen’s reaction to the revelation will figure greatly in the season 3 premiere, and it remains to be seen what happens to Elektra after her corpse was moved to the stone coffin.

Netflix has yet to announce a season 3 premiere date for “Daredevil.”